A Guy's Perspective: Review, Interview & Giveaway On the Island by Tracey Garvis Graves

Hello readers! Today we're featuring a new kind of post that we hope to run from time to time. We are getting "A Guy's Perspective" on one of our all-time favorite romances here at Waves: On the Island by Tracey Garvis Gravis.  Not only do we get his opinion but he asks a few questions of Tracey and you can read the interview below!  Awesome, right?!!
For any of you who's ever wondering what a guy would think of some of our romance reads, here's your chance to find out.  I, for one, get so excited when I hear of a man picking up one of our romance novels because I'd like to know what they think.  Is it realistic? Do guys really think/behave in that way? What do those steamy scenes do for you?!! Lol!
Be sure and scroll down to the end of this post for a special givaway: A SIGNED copy of On the Island and an e-Copy of Tracey's newest release: Uncharted: An On the Island Novella. for one lucky reader!
Without further ado here is our resident male opinion of On the Island:

About the book: When thirty-year-old English teacher Anna Emerson is offered a job tutoring T.J. Callahan at his family's summer rental in the Maldives, she accepts without hesitation; a working vacation on a tropical island trumps the library any day.

T.J. Callahan has no desire to leave town, not that anyone asked him. He's almost seventeen and if having cancer wasn't bad enough, now he has to spend his first summer in remission with his family - and a stack of overdue assignments - instead of his friends.

Anna and T.J. are en route to join T.J.'s family in the Maldives when the pilot of their seaplane suffers a fatal heart attack and crash-lands in the Indian Ocean. Adrift in shark-infested waters, their life jackets keep them afloat until they make it to the shore of an uninhabited island. Now Anna and T.J. just want to survive and they must work together to obtain water, food, fire, and shelter.

Their basic needs might be met but as the days turn to weeks, and then months, the castaways encounter plenty of other obstacles, including violent tropical storms, the many dangers lurking in the sea, and the possibility that T.J.'s cancer could return. As T.J. celebrates yet another birthday on the island, Anna begins to wonder if the biggest challenge of all might be living with a boy who is gradually becoming a man.

His Thoughts:
Picture yourself back at the young and probably naive age of 16. Circumstances require you to board a small plane to meet up with your family for a summer vacation, when due to an emergency, it crash lands and you find yourself on a deserted tropical island. At this point, would you rather be:

On the Island starts out taking just enough time to introduce you to the two main characters, TJ and Anna, who quickly find themselves fighting to stay alive on their new tropical island home. The need for water, food, shelter, as well as worrying about TJ's serious health problem, possible dangers on the island, along with a little mystery consume their daily routines. As the days turn into weeks, the weeks into months, then finally years, TJ and Anna have found their reliance on each other for survival has understandably brought them closer together. Very close ;). Although Anna, a well respected English teacher, didn't get to fulfill her summer job assignment as TJ's academic tutor, there was definitely some "tutoring" going on! The romance between the now "legal" TJ and this hot teacher, with the backdrop of the tropical island setting played over and over in my mind for weeks after I finished the book. (Oh, if I only knew then what I know now!)

Just about the time you begin to think that the story of their time on the island is going to start getting redundant and needs to take another direction, they find themselves rescued from the island they have called home for the past several years. This brings with it a host of new problems and challenges. Can this unlikely romance survive the "real world"? How do you get on with your life after such a traumatic experience as being ripped from your family and civilization for so long? The author deals with these questions in an expertly crafted, realistic way.

On the Island was one of my all time favorite reads, and cemented my current love of reading. Tracey Garvis Graves did an excellent job grabbing my attention and keeping it throughout the book. I've only had a couple of stories stick with me, ones I remember so vividly and dream about, and this was one of them.

I highly recommend this read to any guy that's ever looked at his school teacher as more than just a teacher. (And that has to be just about every guy out there!) Once I started, I couldn't put the book down! It is excellent all the way through, with enough action and adventure, along with the perfect amount of romance to keep my attention riveted, without it being a "girly" read at all.

This past week I had the opportunity to meet the author, Tracey Garvis Graves who told me she has received a lot of positive feedback from men who also liked the book, which was kind of a relief. Standing in line waiting to meet her with 35 or 40 other people, and it looks like you are about the only guy there can get you wondering! She was super nice. It was a fun experience. I found out from her that she has a novella that just came out July 2nd, "Uncharted: An On the Island Novella" that deals with the "mystery" that TJ and Anna happened upon on the island.
5 Suns 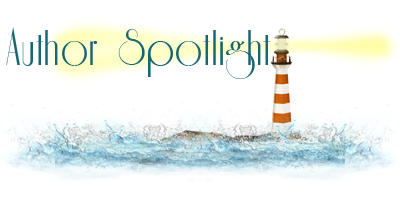 
Q: How much male input did you have when writing TJ's point of view? If / when you do need a uniquely male prospective, who do you normally collaborate with?

Tracey:
I’m almost embarrassed to admit that I needed very little input when writing T.J.’s POV (I don’t know what that says about my maturity level, LOL). I knew T.J.’s narration needed to be stripped down and simple because a sixteen-year-old boy would not have the deepest of thoughts, especially in a survival situation. I also wanted to make sure T.J.’s “voice” didn’t sound like a grown woman’s. I don’t collaborate with anyone on the male perspective (Covet has 2 male POVs), but I do pay close attention to how men (and boys) talk and interact. Their communication style is very different from the way women speak.

Q: How much research did you do on the Maldives before writing the book? What made you choose that location as the setting for "On the Island"?

Tracey:
I did a ton of research and I’m not sure I ever want to do that again! I chose the Maldives because when I googled “uninhabited islands” the chain of islands was one of the top results. It was perfect for what I needed because it was remote and there were more uninhabited island than there were inhabited.

Q: I have to say, you picked perfect points to change between Anna's perspective and T.J.'s P.O.V. Did you have the story laid out before you started writing as to what incidents were going to be discussed by whom, or did you decide as you went along?

Tracey:
On the Island began as a single narrative, from Anna’s POV. I was actually 30,000 words in when I decided to add T.J. I had a few things that weren’t working and adding T.J.’s POV solved all my problems. I had to go back to the beginning and decide who would say what. I did have certain scenes that I knew Anna would narrate (and vice versa), but sometimes I had to think about it for a while and decide who would be the better narrator for certain plot points.

Q: When I met you in Chicago at the recent ALA convention, you mentioned that you have received a lot of positive feedback from male readers about your book. I have a favorite scene in mind, and without giving away too much, is there a favorite scene that men seem to gravitate to as their favorite? (Or your husband's favorite scene.)

Tracey:
A lot of the men who’ve written to me have not mentioned a specific scene; they usually just tell me that they don’t normally read romance novels and they’re not sure how they discovered On the Island (I’m fairly certain they discovered it because it was also listed in the action and adventure category). My husband really liked one particular part, because it took him by surprise, but I’d hate to spoil it for the readers. I can’t wait to hear what your favorite scene was!

Tracey:
Honestly, it’s really hard to think about casting because there’s no way to know when (or if) MGM will move forward with the project. The studio has optioned the book for a feature film, but the timeline will be totally up to them. It could be years. I think whoever ends up being cast for T.J. is probably starring on some Disney Channel show right now. I think Minka Kelly would be wonderful as Anna. That choice may not work in a few years, though.

Tracey, thank you for your time answering these "guy" questions. The book was amazing! I just finished the "On the Island" companion novella "Uncharted", and it was an awesome wrap up to the story. Anyone that reads "On the Island" must pick this up!

Tracey:
Thank you so much for having me! I am so happy to hear that you enjoyed On the Island and Uncharted.

About the author:  Tracey Garvis Graves lives in a suburb of Des Moines, Iowa with her husband, two children, and hyper dog Chloe. She is the author of On the Island, Uncharted, and Covet. She blogs at www.traceygarvisgraves.com using colorful language and a snarky sense of humor to write about pop culture, silly television shows, and her suburban neighborhood.  She is hard at work on her next book.  Connct with Tracey on:

A couple of weeks ago we (Arlene, Rachel, Crystal & our "Guy") had the awesome opportunity of meeting Tracey at the Chicago ALA!! She was so nice chatting with all of us and she graciously signed our copies of On the Island!  We are sharing one of those SIGNED copies along with an
e-Copy of Uncharted (From US Barnes & Noble or US Amazon) with one lucky reader!  Just fill out the rafflecopter below for a chance to win.