Hello readers! As most of you know, I’m a HUGE fan of Kristen Ashley’s books.  It’s like my comfort food in the form of romance.  I always know I’m going to have HOT Alpha Males, and spunky, sassy heroines set in an all consuming read! I loved Fire Inside (my review) and now it’s being released in print form. Yay!  I’m definitely getting a copy for my shelf.  As part of the celebration I have an excerpt and an awesome giveaway: SIGNED copies and a $25 Gift Card!! 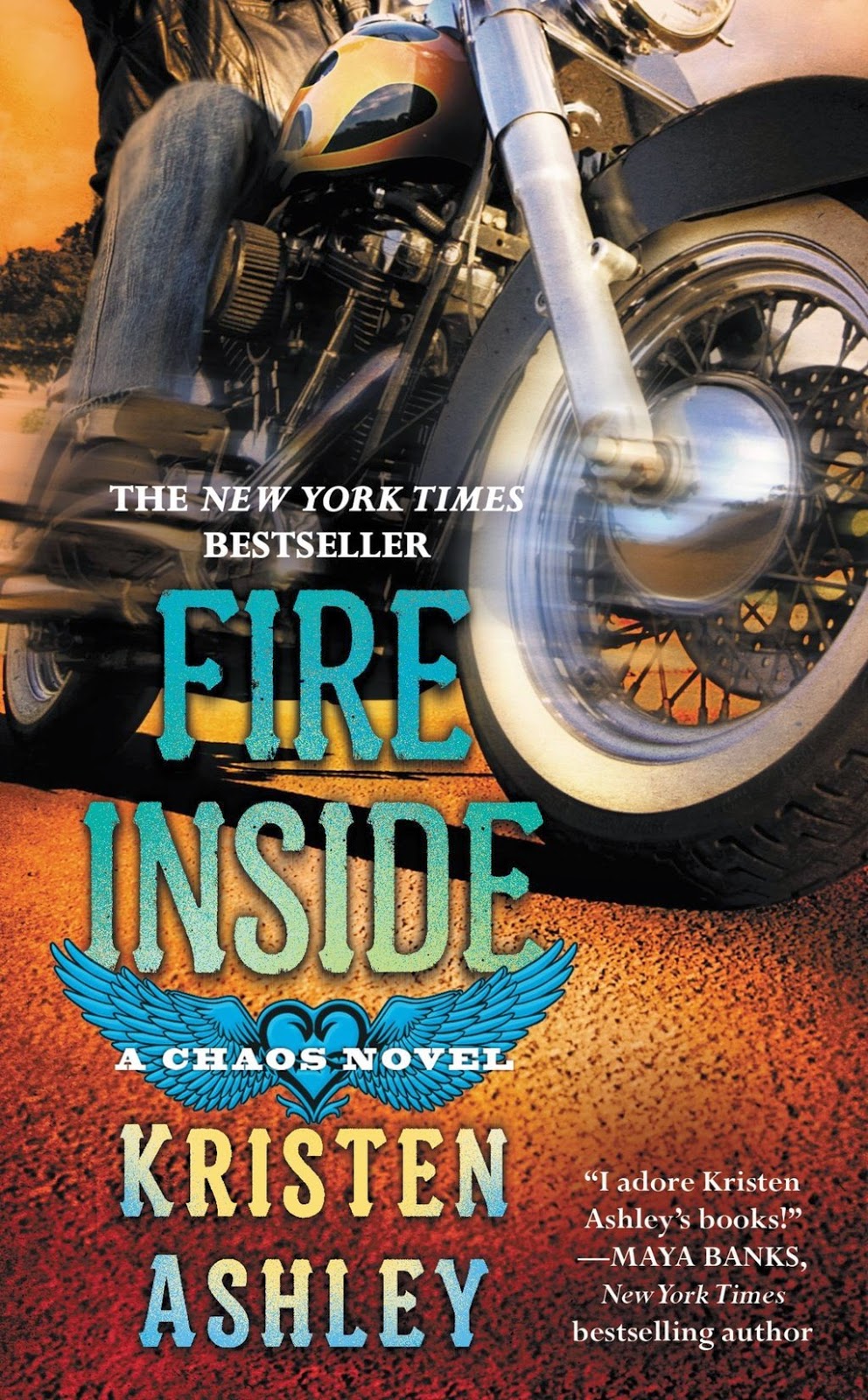 Lanie Heron isn't looking for love-no surprise, considering her last serious relationship nearly got her killed. So when Lanie propositions Hop Kincaid, all she wants is one wild night with the hot-as-hell biker who patrols with the Chaos Motorcycle Club . . .
For Hop, Lanie has always been untouchable. She's too polished and too classy for his taste. But when she gives Hop the once-over with her bedroom eyes and offers him a night in paradise, he can't say no. And he doesn't regret it when he finds that Lanie is the best thing that's ever happened to him-in or out of bed. Now the trick will be to convince her of that.


Excerpt from FIRE INSIDE by Kristen Ashley

Hop came out of the bathroom to see Lanie on her feet on the other side of the bed, panties on, hands twisted behind her back putting her bra on. Again.
He didn’t say a word. He prowled to her, reached out an arm the second he was close, yanked her to him and fell to his back in the bed, taking her down with him.
“Hop—” she started, pushing her weight against his arms, but he slid her off him then wasted no time rolling over her and pinning her to his bed.
“Sleep,” he ordered when he caught her eyes in the weak dawn. “After rest, I’ll get coffee, we’ll juice up, then round four.”
She blinked and breathed, “Four?”
“Got lots more I want to do to you,” he informed her and watched her eyes go soft, sexier, then her teeth came out to graze her lush lower lip, also fucking sexy, and her arms slid around him.
But she asked, “What about Tack and Ty-Ty?”
“I’ll make sure the coast is clear,” he told her.
“But they’ll see my car,” she told him.
“I’ll move it,” he offered.
Her hand slid up his back, around his shoulder, and then to his neck where her thumb moved to stroke him.
Her touch was light but, fuck, it felt good. He’d never had a woman touch him in an unconscious way like that, just a touch, a stroke, giving something that meant nothing at the same time doing it without thinking about it meant everything.
Shit.
Complicated.
“This is just supposed to be one night,” she reminded him quietly, but he saw it in her eyes. She didn’t even try to hide it. She’d bitten off more than she could chew.
He had too and he was nowhere near done eating.
She was cute. She was sweet. She was hot. She was better than he expected and he’d expected her to be pretty fucking good. All that wrapped in a package that gorgeous?
Yeah.
He was nowhere near done eating.
“Change of plans. A night and a morning and, maybe, an afternoon and, possibly, another night,” he amended, and her eyes got softer as her hand slid up to cup his jaw.
“I have to work,” she told him.
“Call off,” he told her.
“I can’t. I own the joint.” She explained something he knew, that she ran her own advertising agency. “And things are a bit crazy.”
Things were always crazy for Lanie. The woman lived crazy. She thrived on it. If there wasn’t crazy, she stirred it up because she couldn’t breathe without it. 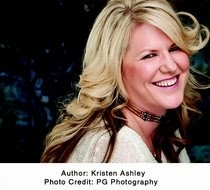 About the Author: Kristen Ashley grew up in Brownsburg, Indiana, and has lived in Denver, Colorado, and the West Country of England. Thus she has been blessed to have friends and family around the globe. Her posse is loopy (to say the least) but loopy is good when you want to write.

Kristen was raised in a house with a large and multigenerational family. They lived on a very small farm in a small town in the heartland, and Kristen grew up listening to the strains of Glenn Miller, The Everly Brothers, REO Speedwagon, and Whitesnake. Needless to say, growing up in a house full of music and love was a good way to grow up.  And as she keeps growing up, it keeps getting better.

As part of this event the publisher has generously provided SIGNED copies of Fire Inside as well as a $25 Gift Card.  Simply fill out the rafflecopter for a chance to win.  Good luck!