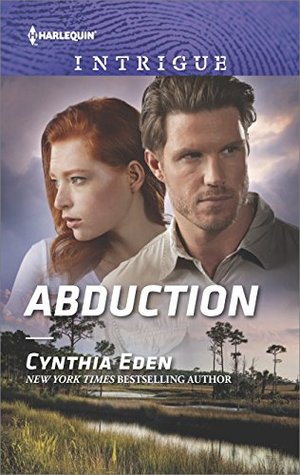 Once the town troublemaker, Sheriff Hayden Black became the teen hero who saved young Jillian West from a savage kidnapper. He never got over their brief affair. Now the ex-SEAL and the burned-out FBI agent have reunited in their Florida hometown and rediscovered their powerful attraction. But as they hunt down a long-forgotten killer, will they get a second chance at happiness? When a series of accidents begins to plague Jill, Hayden won't let her fall victim again. There's too much history between them…and too much desire.

As teenagers, Hayden and Jillian are bonded together after he rescues her from a kidnapper.  They stick together and fall in love, but as often happens with young love, it didn’t end well. They’ve both never quite recovered.

Now ten years later, Jillian is an FBI agent needing some time off to recharge after a case gone bad.  She goes home recuperate, and doesn’t expect to find Hayden back, too, seeing as he’s supposed to be away serving as a Navy SEAL.  But her intel is a little outdated, and Jillian’s faced with the man who broke her heart.

Hayden let Jillian go ten years back, but he won’t make the same mistake twice. She may not be ready to let him back in yet, but the sparks are still there and they now have a common goal: solve the cold case murder of Christy Anderson, a teenager taken and killed immediately after Jillian’s rescue.

I loved that Jillian was a smart, well-trained woman able to defend herself, but smart enough to know when to take help when needed.  I hate it when a character goes off half-cocked, recklessly charging toward avoidable danger.  Not the case with Jillian.

I’m always a sucker for a second chance romance.  Hayden and Jillian never got over their first love, and so I wanted to see them happy and together.  Hayden was determined and Jillian was understandably cautious, but didn’t push him away.  They didn’t hold back their thoughts or feelings about the past, working things out while trying to stay one step ahead of a killer.  This became trickier as the threats became more and more dangerous!  This wacko just didn’t quit!

I love Cynthia Eden’s writing! She kept me on the edge of my seat for much of the story with action, thrills, and twists! I had to read Abduction straight through!