Review: Be Your Everything by Catherine Bybee 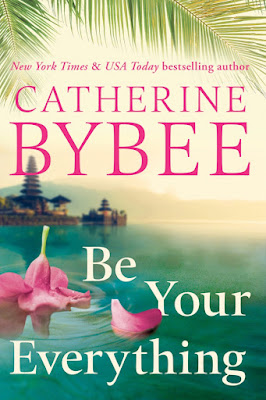 Be Your Everything (The D'Angelo's #2) by Catherine Bybee
Publication Date: November 15th 2022 by Montlake Romance
Pages: 347
Source: Publicist
Rating: ★★★★
Links: Amazon | Barnes & Noble | BAM | The Book Depository | Goodreads
My Thoughts:
Chloe and Dante have crushed on each other from afar for years. Chloe had no idea Dante was attracted to her, and she’s been off limits to Dante since she’s his best friend’s younger sister. However, all these feelings come to a head when they’re off in Las Vegas celebrating her brother’s pending nuptials. After a night of drinking, they wind up married. Can they have a future starting everything backwards or should they undo their hasty decision?
I’m a fan of the unrequited love trope, because after longing for someone so long it’s satisfying to see them happy together. I thought Chloe would be happy to be married to Dante, but there were other things at play, such as the reactions of her family. Being Catholic she worried about disappointing her family, mother mostly, by not having a big church wedding, and then Dante was worried Chloe’s brothers would be seriously ticked after warning him off of her for years. Dante had a reputation of being a player, so I get that. Also, there was some questions in Chloe’s mind about Dante’s true feelings for her, so some insecurities had to be dealt with.
I enjoyed seeing them gradually open up and settle in together. The family was another issue, and I was happy they presented a united front while smoothing ruffled feathers.
There was also an element of danger to Chloe as some unusual things started happening to her as soon as she got back from her trip. It was easy to guess the culprit, but there were some tense moments when I worried for her!
I’m enjoying the D’Angelo series! The big Italian family, the setting, both in the US and out, and the romances. Chloe and Dante’s romance steamed up the pages, but also felt like a real relationship, not just something based in fantasy and wish fulfillment. I look forward to the next one!
Be You Everything is available to purchase now and is also available through Kindle Unlimited “Read & Listen for Free” with the program. Love that option!
4 Stars

With two protective older brothers and a traditional Catholic Italian mother, it’s surprising that Chloe D’Angelo can manage a date without someone in the family naysaying her romantic choice. And Dante Mancuso…oh, no. Her brother’s best friend is not a dating-app right swipe.

But when they are left unsupervised on a late night in Vegas, all of that changes. Add in a Vegas wedding chapel and a couple of “I dos” and Chloe wakes up with a ring on her finger and a hangover. Dating Dante was always a secret desire, but marriage? The rift that this news would cause in her family has the both of them keeping their nuptials to themselves as they scramble to undo their Vegas mistake.

Dante knew the rules: Chloe was off limits. Only he can’t stop once his mind starts to believe she might be his forever. Just as their attraction deepens, Chloe flees to Bali, desperate to clear her head.

All Dante has to do is keep her brothers from killing him and convince her that they are meant for each other. But first, Dante has to find her. 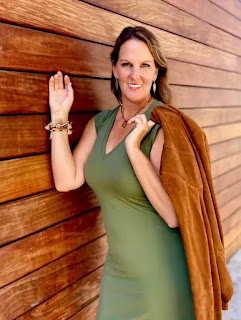 Catherine is a #1 Wall Street Journal, Amazon, and Indie Reader bestselling author. In addition, her books have also  graced The New York Times and USA Today bestsellers lists. In total she has written thirty-six beloved books that have  collectively sold more than 10 million copies and have been translated into more than twenty languages.

Raised in Washington State, Bybee moved to Southern California in the hope of becoming a movie star. After growing  bored with waiting tables, she returned to school and became a registered nurse, spending most of her career in urban  emergency rooms. She now writes full time and has penned the Not Quite series, The Weekday Brides series, the Most  Likely To series, and the First Wives series. Learn more about Catherine and her books at www.catherinebybee.com