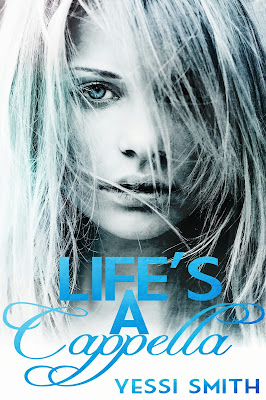 I want to tell you all of that, but then my story would be masked with lies and not worth telling.
My life didn’t start until I left my past. And I left everything. My mother, my friends, my name.
My new name, the name everyone knows me by is Erin Lewis.

Four years after finding the courage to leave her hometown in Alabama, Erin is finally happy with where her life has led her. Not only is she secure in her environment, but the relationships she has formed center her, making her forget how damaged she once was. Before she can fully settle into her new life, her past crashes into her present, unraveling a set of events that destroy the very foundation she has built her new life on. 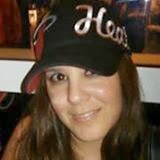 I’m a Hispanic living in South Florida with my redneck husband from Texas and our “half breed” son, who is actually the reason I started writing again after years of celibacy. My son loves stories, but not the kind you can read in an existing book. No, he’d rather make up a story, complete with our own illustrations. So, thank you, Son, for igniting a flame I had let go out.

I also live with two dogs: a neurotic Border Collie we call Nitro and a midget Rottweiler named Nisa.

I have always found my sanctuary at the beach and in music and writing. I wish I could write rhymes so I could become a famous rapper, but rhyming is completely lost on me.

I have a Bachelor’s degree in Business Management and a Master’s in Human Resource Management. I have held several jobs, from picking up dog crap to upper management positions. And now I am hoping to leave the business world behind so I can live full time in a world that does not exist until I place my fingers on a keyboard and bring them to fruition.

SpotifyPlaylist~Life's A Cappella
Thanks Anna G. 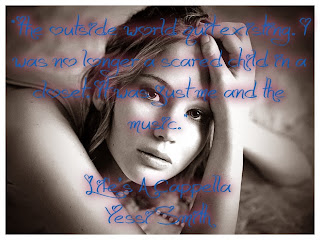 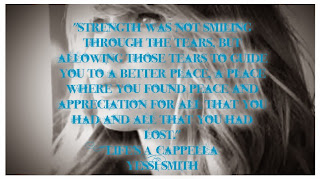 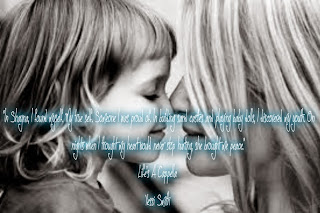 My new name, the name everyone knows me by is Erin Lewis. It is a name common enough so that I can blend, but bright enough so that I may shine. And that is what I want, to shine so brightly that the darkness of my past is but a small speck of dust.
Being an avid reader puts me on a constant quest for the next gem. I’m always looking for a story that’s not only different, but also heart rending and real. Life’s a Cappella was just that. I loved Erin, Trent and Shayna’s story that was filled with happiness, sadness and constant hope. Well done!

Life’s a Cappella is a story that’s told in alternating perspectives that were both unique and surprising. When Erin takes the stages in her chapters, we get to hear and feel firsthand how life has been a constant battle of struggle and survival. She escaped an abusive home, where her mother used her in horrible ways to get her next fix. When the story changes perspectives, it transitions to third person and tells the story of a four year old Shayna that’s living the same life that Erin escape. When their roads merge the impact was like a punch in the gut, and I had an overwhelming desire to start from page one all over again to gain the full impact of what was unfolding. Truly powerful technique that managed to tug at my heart and send my emotions on a roller-coaster.

I love.love.love the three main characters in this story including Erin, Trent and Shayna. Their lives not only felt real, but also left an impact to the point where they consumed my thoughts. Each of them had their flaws and broken parts, but the way they came together was not only fulfilling but surreal.

The secondary characters deserve a worthy applause. I loved Sofia, Nate and Cam. The way they layered the novel with the depth of their story was fulfilling in a rewarding way. Perfectly done.

Also, the music references at the end of each chapter played such a huge part in Erin’s balance and was a nice blend to the story. I understood completely how she viewed music as an outlet that guided her to another place and time where her worries and sadness were put on hold. It was a nice touch in getting to know Erin as a character.

Thank you to the author for allowing me access to her novel. I’ll definitely keep my eye out for more stories by Yessi Smith. She captured my heart and attention with her gem of a novel. Well done!
4 Suns