Release Day Launch & Givaway: Thou Shalt Not by JJ Rossum 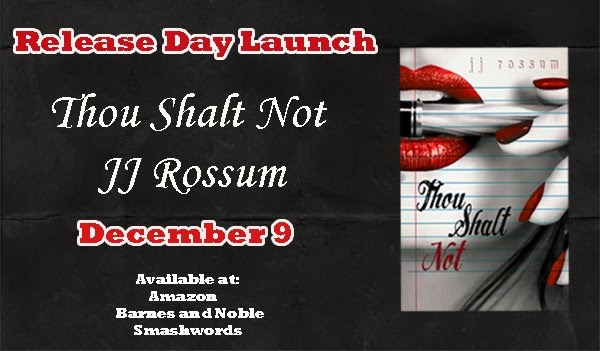 Any book praised by author Tarryn Fisher immediately grabs my attention so I’m thrilled to be part of the Release Day Launch for JJ Rossum’s debut novel: Thou Shalt Not.  Be sure to scroll down and enter in the giveaway provided and you’ll have a chance to win one of the 10 copies up for grabs! 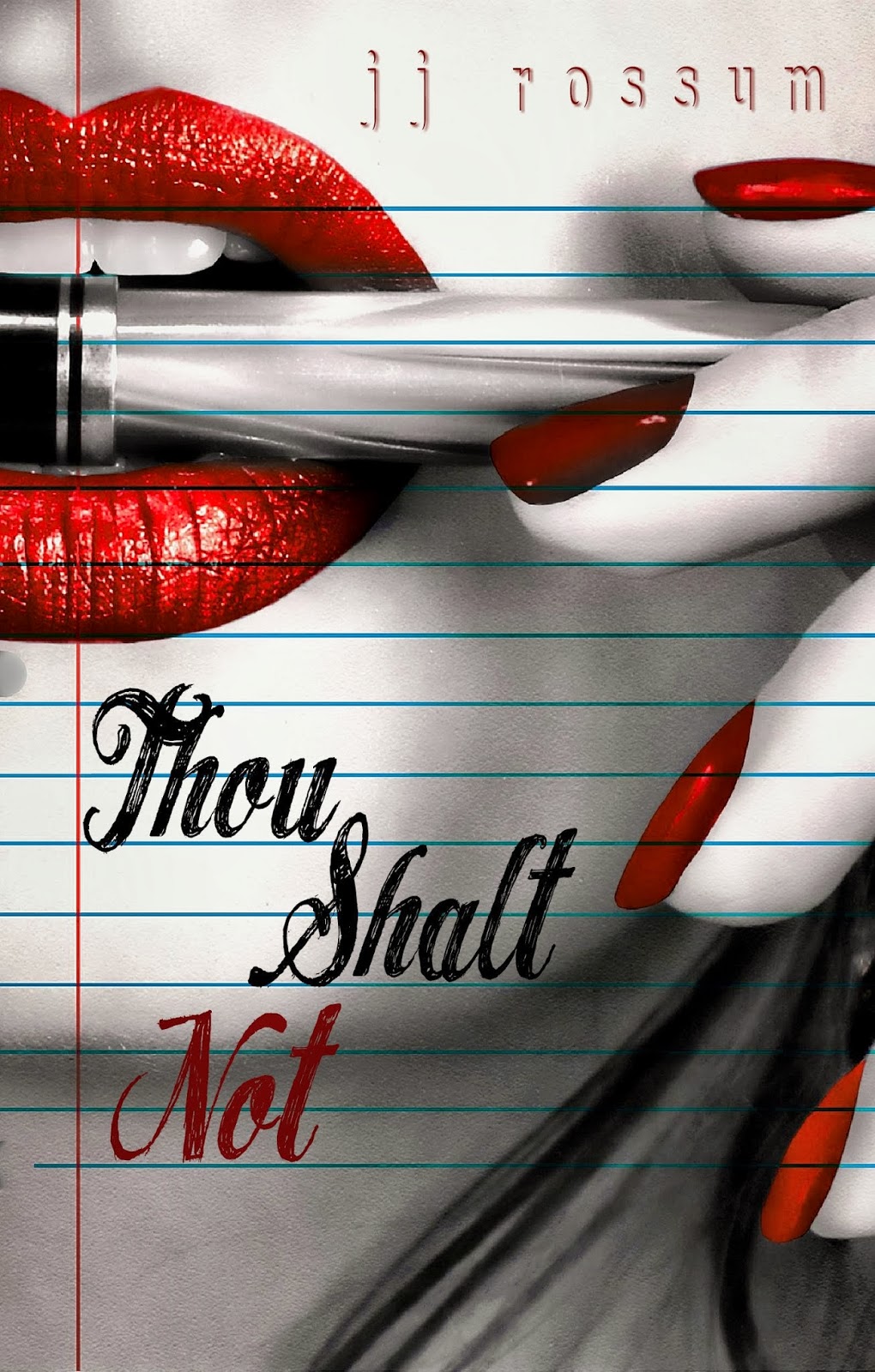 Luke Harper was finally starting to settle into his life - a life that had previously been full of more heartbreak and pain than most people ever experienced. He had a job he loved, and was blissfully content in his on-again, off-again relationship with the striking, and highly sexual, Holly. But, life throws Luke another curveball with the arrival of the alluring April, a woman stuck in a tumultuous, violent marriage to a famous athlete. Luke soon finds himself torn between what is safe, familiar, and right, and what is dangerous, unknown, and forbidden.

She was looking down into the water.

"You know, if I knew you better I would probably push you in," she said very nonchalantly, as if letting me know the water temperature.

"If I knew you better, I would probably beat you to it," I replied.

She turned to me, her eyes full of mischievous energy.


Her hands quickly went up and grabbed my shoulders, and mine instinctively grabbed her waist. I could feel her grip tighten when I touched her, and her eyes widened.

"If I go in, you are going in with me," I said, shuffling my feet closer to the edge.

Her hands moved along my shoulders and her feet edged closer to mine.

Her bottom lip curled up under her teeth as she smiled, repeating what I had said earlier. Or mocking me, perhaps.

I tightened my grip on her hips and flinched, pretending I was about to throw her in.  She gasped slightly, hands grabbing my shoulders tightly again. Her hips arched forward and she leaned up on her toes as if in reflex.

"I thought you weren't scared," I said, pulling her closer to me. "People usually don't gasp when they are ready for what's about to happen."

She was less than a foot from me, her face getting much closer to mine.

"It depends on what's happening," she said, looking up into my eyes.

I wasn't thinking about throwing her into the water anymore. Everything within me wanted to pull her tightly in and kiss her right there, in front of the pool in the house her husband bought with all the millions of dollars he had made throughout his career. Kiss her on the spot where he probably threw numerous parties. Kiss her on the lips I wished were mine, and not his.

The look in her eyes told me she wanted the same. At least I thought they did. I hadn't been in a position where I felt like this for someone in a long time. Thankfully, my hands were around her waist or I surely would have been able to feel them get clammy, nervous, like a high school kid on his first date with the prom queen he never thought he could get.

She is calculating, remember? I thought to myself. If she hadn't wanted it to get to this point she never would have asked you over to her house. She wants this as much as you do.

I wasn't sure which shoulder angel was feeding me that line but whoever it was, I knew they were right.

My hands pulled her closer until her feet were between mine; our legs and waists touching.

"You have really strong shoulders," she said. Her voice was soft and she tilted her head up toward mine when she spoke.

Do it, I told myself. Kiss her.
My heart was racing, and I could hear the beating in my ears. My hands moved up her body and found her neck. My fingers laced in her hair behind her head and I pulled her up.


Praise from Tarryn Fisher
Salty. This book is salty. There is no sweet. You'll be hard pressed to find a unicorn. It is sexy and frustrating. I grow so tired of "perfect" steamy hero's. I don't like perfect. I like my men a little nerdy and aggressive. Luke is way nerdy. We have a lot of male perspective books coming out, but most are written by women. I'm really wondering at this point if we are getting it right. As for the actual storyline...I was riveted. Hero is playing with married woman fire. He has a hot, little blonde on the back burner. I didn't know who to root for. The author's writing style is what I'll praise most. It's so different. Polished. And I love being in a man's head. They're simple, but damn are they dirty. I.LOVE.THIS.BOOK.


Bonus Chapter at the end of Thou Shalt Not
After you finish Thou Shalt Not, you will be able to briefly reunite with Caleb and Olivia from Tarryn Fisher’s Love Me With Lies series as she gives us one last glimpse into their life.


About the Author
JJ Rossum traveled the world as a child, and called many places “home”. Currently, home is Portland, Oregon, where he is at work on other novels that were hatched while people watching during many airport layovers.

As part of this post 10 copies of Thou Shalt Not are up for grabs. Simply fill out the rafflecopter for a chance to win. Good luck!

Posted by Rachel @Waves of Fiction at 7:00 AM