Review: For You (The 'Burg #1) by Kristen Ashley 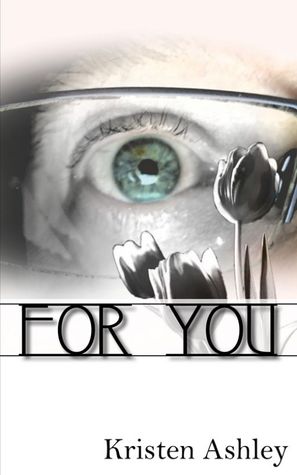 Lieutenant Alexander Colton and February Owens were high school sweethearts. Everyone in their small town knew from the moment they met they were meant for each other. But something happened and Feb broke Colt’s heart then she turned wild and tragedy struck. Colt meted out revenge against the man who brought Feb low but even though Colt risked it all for her, Feb turned her back on him and left town.

Fifteen years later, Feb comes back to help run the family bar. But there’s so much water under the bridge separating her and Colt everyone knows they’ll never get back together.

Until someone starts hacking up people in Feb’s life. Colt is still Colt and Feb is still Feb so the town watches as Colt goes all out to find the murderer while trying to keep Feb safe.

As the bodies pile up, The Feds move in and a twisting, turning story unravels exposing a very sick man who has claimed numerous victims along the way, Feb and Colt battle their enduring attraction and the beautiful but lost history that weaves them together.

For You was amazing, but it’s Kristen Ashley, so that’s not surprising. Loved everything about it!

February and Colt had such a heartbreaking history and you could feel the longing and sadness between these two when the story opened. Colt is like a member of the family, taken in under February’s family’s love and protection since he was five.  From there Feb has always been in love with him, even during their long years apart, same thing with Colt.  They were childhood and high school sweethearts until they weren’t when Feb abruptly breaks up with Colt, when she’s twenty and he’s twenty-two.  They lead their separate lives, both getting married and then divorced to other people, but Feb’s back in town for the last two years, helping her brother run their family’s bar after their parents retire. As a reader, you know, just know these two are on a path towards each other, and fortunately Kristen Ashley doesn’t make you wait too long.

A murdered woman turns up at the back of the bar and then a sinister note points at Feb being in the center of the killer’s mind.  Little does Feb and Colt know, they’ve been the center of his focus for years. Colt is determined to protect Feb, never mind their history, and in doing so something beautiful starts to happen again, making me one HAPPY READER!!

“Like it right now or not, Feb, coupla days ago, you gave yourself back to me. You think I’m letting that go, think again because, baby, you’re fucking wrong.”

“I remember everything about you and I remember all the reasons why I loved you. Never could forget even when I tried.”

Chilling facts come out and danger is all around making this a suspenseful read, leading up to a heart-stopping final showdown! Between the oh-so-sweet romance, the revelations, and the suspense, I didn’t want to put this book down.  This is a long book, but I was not bored for even one of those pages. Love Kristen Ashley! Love her strong Alpha males! She is the Queen of writing Alpha males, but also the Queen of writing loveable, spunky heroines.  Colt and February are no exception!

I finished this novel with a few tears in my eyes and my heart soaring!

“One thing,” I said into his chest, “one thing that’s good, Colt, and that is, every day, for all these years, I thought of you, dozens of times a day. Every day. Every single fucking day.”
“February,” Colt whispered.
“Still do, except, now…it doesn’t hurt anymore.”