The Night Swim by Megan Goldin
Publication Date: August 4th 2020 by Macmillan Audio & St. Martin's Press
Pages: 352
Audio Book Length: 9 hrs 59 min
Narrators: Bailey Carr,  January LaVoy, Samantha Desz
Source: Library
Rating: ★★★★★
Link: Amazon | Barnes & Noble | Kobo | Audible | Goodreads
My Thoughts:
Rachel Krall runs a popular crime podcast, Guilty or Not Guilty. Her newest assignment takes her to Neapolis to cover a controversial rape trial.  As the story begins, we don't know who is telling the truth, the accuser, Kelly, a sixteen-year-old high school student, or the accused, Scott, the local golden boy, an Olympic hopeful. But we know for sure that Kelly’s character is definitely on trial.
When Rachel arrives in town, she finds a letter left on her windshield begging for help in solving the murder of Hannah’s older sister, which also happened in Neapolis, twenty years earlier. The account is disturbing and as the story is revealed I was both angered and horrified.
Both mysteries were riveting! The difficulties of a rape accusation come into sharp focus. In the case of a “stranger” rape case, consent isn’t an arguable issue. But when the parties are known to each other, consent is at the heart of the case. When one side says it was consensual and the other says no, how do you know who is telling the truth?  And why is some amount of blame assigned to the victim in most cases? As the author pointed out:
“When school kids are shot by a random shooter, nobody asks whether the victims should have taken more precautions. Nobody suggests that maybe the victims should have skipped school that day. Nobody ever blames the victims. So why is it that when women are attacked, the onus is on them?”
As a woman the story really resonated with me.  I hate the feeling of being uneasy or vulnerable in situations with men, how things can turn bad so quickly. Just running or walking on a secluded path can be dangerous. It really angers me that as a woman, I’m not automatically safe. I've had some strange things happen (I now always carry pepper spray), but thankfully nothing as terrible as the events in The Night Swim. My heart ached for the victims as the story unfolded!
The audio was fantastic! The story was told from Rachel and Hannah POV's in alternating chapters, but there was also the addition of Rachel's podcast "Guilty or Not Guilty" as it aired while covering the trial.
Powerful and thought provoking, The Night Swim is a story I won’t easily forget! I hope we get more of Rachel Krall and her investigations in the future!

After the first season of her true crime podcast became an overnight sensation and set an innocent man free, Rachel Krall is now a household name―and the last hope for thousands of people seeking justice. But she’s used to being recognized for her voice, not her face. Which makes it all the more unsettling when she finds a note on her car windshield, addressed to her, begging for help.

The small town of Neapolis is being torn apart by a devastating rape trial. The town’s golden boy, a swimmer destined for Olympic greatness, has been accused of raping a high school student, the beloved granddaughter of the police chief. Under pressure to make Season Three a success, Rachel throws herself into interviewing and investigating―but the mysterious letters keep showing up in unexpected places. Someone is following her, and she won’t stop until Rachel finds out what happened to her sister twenty-five years ago. Officially, Jenny Stills tragically drowned, but the letters insists she was murdered―and when Rachel starts asking questions, nobody seems to want to answer. The past and present start to collide as Rachel uncovers startling connections between the two cases that will change the course of the trial and the lives of everyone involved.

Electrifying and propulsive, The Night Swim asks: What is the price of a reputation? Can a small town ever right the wrongs of its past? And what really happened to Jenny? 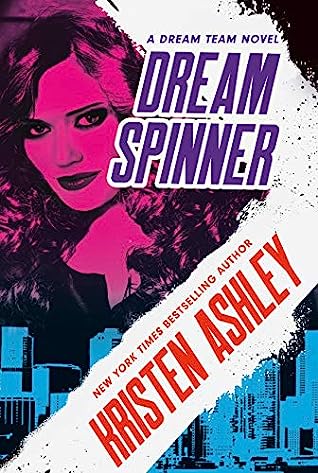