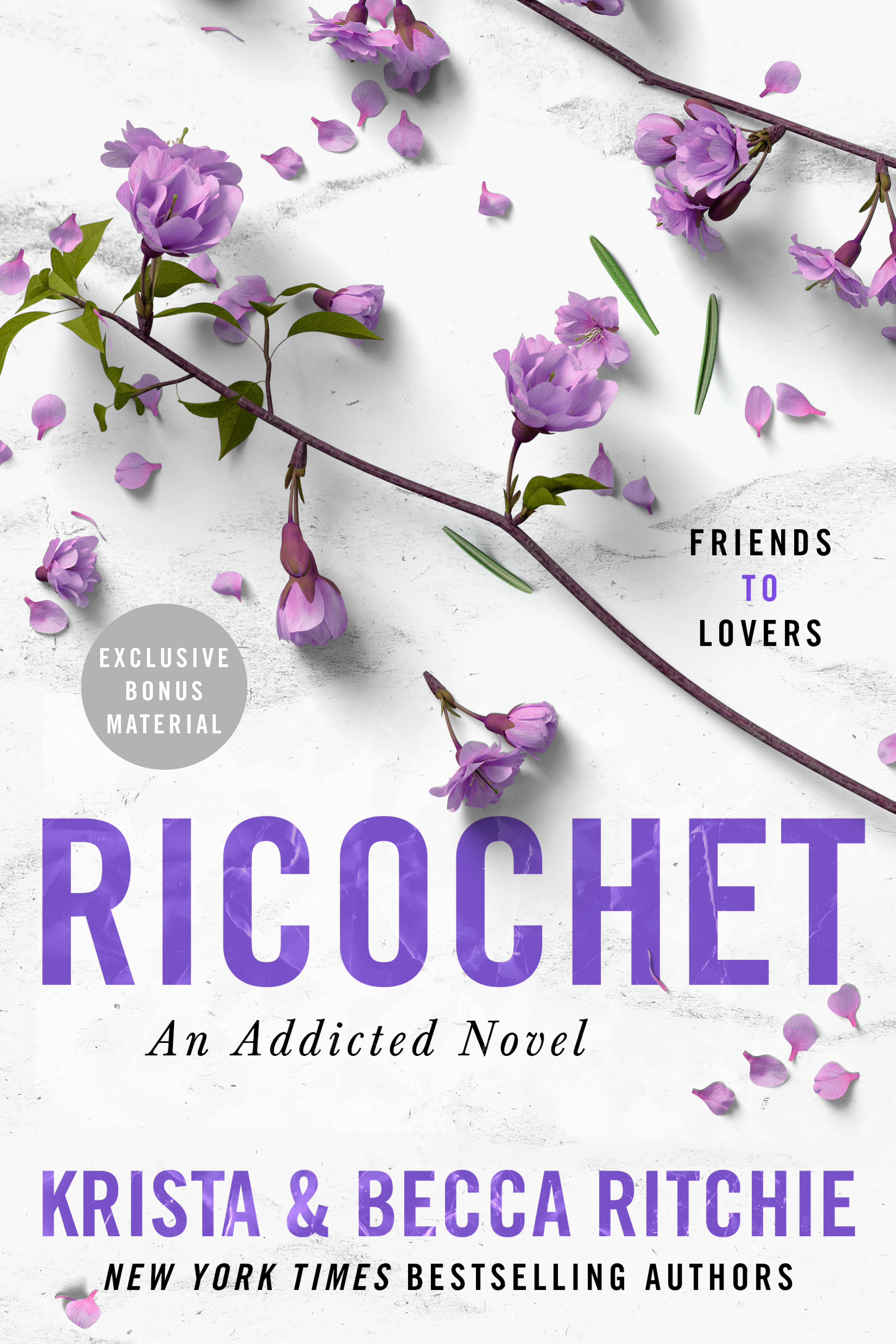 Ricochet by Krista & Becca Ritchie
Publication Date: October 18th 2022 by Berkley Books
Pages: 304
Source: Publisher
Rating: ★★★★
Links: Amazon | Barnes & Noble | Goodreads
My Thoughts:
Lily and Loren, “Lo” are separated because Loren has checked into rehab for his alcohol addiction and Lily is committed to staying faithful as they navigate life with their secrets out to Rose, Lily’s older sister, Connor, their friend and Ryke, Loren’s half-brother. I was pleased they admitted to their addictions because I knew it would be the only way for each of them to get help and get on the path to recovery. Now Lily just has to be strong until Loren gets out of rehab.
While Lily and Lo are not together during the book there are flashbacks where they share scenes giving illuminating their history a little more. Theirs is a story of best friends and epic love. If I had one complaint it would be that there’s a lot of sexy times, maybe little too much for my tastes, but these two can’t get enough of each other and I guess that solidly proved that.
Rose may be abrasive at times, but she was such a pillar of support for Lily!  I admired their sisterly bond. Lily was there for her as well when their mother was especially horrible. Their mother is something else!
I was happy that with Lily actively trying to deal with her addiction and finally see a therapist, she started taking time to focus on getting close to her younger sister, Daisy, who seems to have her own issues, taking risks for the adrenaline high. There’s something definitely brewing between Daisy and Ryke, even though it’ll have to be in the future with Daisy being sixteen and Ryke twenty-two.
Ricochet was an excellent second chapter in Lily and Lo’s continuing story. Angsty at times, but a real page turner. I’m looking forward to the next installment! Berkley has just released this new beautiful print copy of Ricochet with extra bonus material, and I think the cover is so pretty!
4 Stars

The second book in the TikTok sensation Addicted series, now in a print edition with special bonus material!

As a sex addict, Lily Calloway must do the impossible: stay celibate for ninety days. Fall in love with Lily and Lo in this edgy new adult romance set in a world of lust, fame, swoonworthy men, and friendships that run deeper than blood in this special edition with bonus materials--in print only!

Cravings and fantasies become her new routine, but while Loren Hale recovers from his alcohol addiction, Lily wonders if he'll realize what a monster she really is. After all, her sexual compulsions begin to rule her life the longer she stays faithful to him.

Progress. That's what Lily's striving for. But by trying to become closer to her family--people who aren't aware of her addiction--she creates larger obstacles. When she spends time with her youngest sister, she learns more about her than she ever imagined and senses an unsettling connection between Daisy and Ryke Meadows.

With Lily and Lo's dysfunctional relationship teetering and unbalanced, they will need to find a way to reconnect from miles apart. But the inability to touch proves to be one of the hardest tests on their road to recovery. Some love brushes the surface. Some love is deeper than skin.

Krista Ritchie and Becca Ritchie are New York Times and USA Today bestselling authors and identical twins—one a science nerd, the other a comic book geek—but with their shared

passion for writing, they combined their mental powers as kids and have never stopped