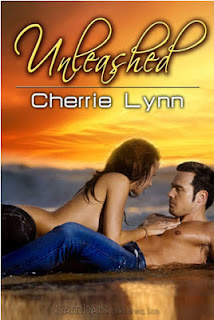 One week in paradise will make or break them…

It’s not enough that Kelsey’s husband left her for another woman. Oh, no. The “other woman” had to be her best friend Evan’s fiancée. Not only has she lost her marriage, she fears losing Evan to the lingering awkwardness and humiliation that hangs between them.

Evan has no intention of letting that happen. He’s got plans…namely, an extra plane ticket to Hawaii now his future wife is out of the picture. There’s only one person he wants on the trip with him, the one who’s always been there for him. The one he should never have let slip away into the arms of a traitorous friend who shattered her heart.

Kelsey is anticipating a week of fun in the sun with the man who’s always treated her like a little sister. No one’s more surprised when she discovers that Evan has seduction on his mind—and that she’s more than ready for it.

Love is the most powerful healing force of all. But past demons have a way of ripping open old wounds, and threatening the survival of even the strongest friendship

My Thoughts
Wow! Now that's what I call HOTastic!! Cherrie Lynn has just landed on my "authors to look out for" list after reading her first installment of the Ross Siblings series Unleashed. Holy hot tub is Evan Ross the sexiest fictional man god that ever existed! This book is filled with spicy moments that put the steam before the factor, and I can't wait to read the next book in this series.

Evan Ross is the perfect friend that's been there for Kelsey Peterson since their college days. Having gone through some pretty rough times over the past few years, Evan has continued to prove that he'll always be there to comfort and protect her especially after her cheating husband of four years left her devastated. They take off to enjoy a vacation in Hawaii and after a few lotion rubbing episodes and one too many margaritas, they let their guard down after ten years and stop fighting the inevitable.

This was a fun and quick read that included two very likable characters and a ton of steamy moments. I loved Evan's character a TON and came to really like Kelsey when she finally proved she's willing to fight for what she wants. Cherrie Lynn sure knows how to deliver a heated romance with a plausible plot. I really enjoyed her writing and I'm ready to jump on... errrr... I mean into the the next Ross Sibling installment.