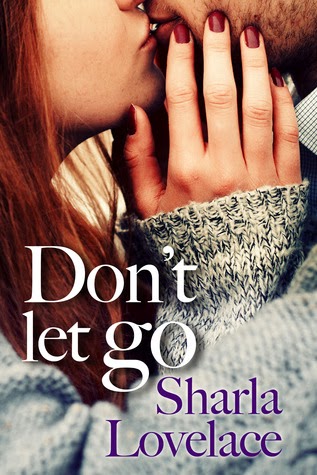 About the book:
Noah Ryan and Jules Doucette spent every moment together, first as best friends and later as young lovers. The two had planned a life together—until one unspeakable decision tore them apart for good.
Twenty-six years later, Jules is still carefully living the life her mother planned out for her. She’s running her mother’s store, living in her mother’s house, following her mother’s rules, and keeping the secrets her mother made her bury.
Then Noah comes home and any sense of an ordered life flies out the window. Noah’s return does more than just stir up old memories—it forces Jules to see her life in a whole new way and uncovers secrets even she didn’t know were buried. Secrets that could easily destroy her world once more.

My Thoughts:
This book had been sitting on my Kindle for a while. I had noticed it on Netgalley and thought the synopsis sounded really good. But, I always hesitate reading books by authors I’m not familiar with. Then a few bloggers that I follow had reviewed the book and raved about it, including several comparisons to The Sweet Gum Tree, which is a favorite book of mine. That was the push I needed to pick this one up. And what an emotional and wonderful read! I am SO glad I gave this book a chance, and now I have a new favorite author to get excited about.

There is no doubt this book is full of drama. It’s pretty much never ending throughout the entire book, but it’s the kind of drama I love. The kind that makes it impossible to put the book down. The flow and writing of the book was beautiful and I fell in love with each and every character. I love second chance romance stories, especially ones as emotional and intense as this one. I seriously could not put this book down and loved every minute.

Noah and Jules were best friends turned lovers as kids, but it’s been 26 years since they’ve last seen each other. They had planned to be together forever, but a horrible, heartbreaking event separated them all of those years ago, and neither one has fully healed from the pain of that time. Jules is now a single mom of a rebellious teenager and runs her deceased mother’s bookstore in the town she grew up. Noah had left town and joined the Navy, but has unexpectedly returned to town, turning Jules world upside down and unleashing all of the secrets and the pain she’s kept hidden for so many years.

This book is written so beautifully that I felt every single emotion, every heartbreak from Jules and Noah. Several times their story made me tear up. But there are wonderful, joyous moments, too. I was on an emotional roller coaster the entire time and I loved it!

It was clear that these two were meant to be together, but there were many obstacles standing in their way. It was one tense situation after another – and that’s what made it impossible to stop reading, to see where they would end up after all of this.

The one quote I highlighted on my Kindle because it had the most impact on me:
“Sometimes the harder, complicated relationships that you have to fight for are the ones worth something.”

I can’t express enough how much I adored this book, and I can’t wait to read more books by this author. If you are in the mood for a very emotionally charged book that you will devour in one sitting – this is the book for you!

ARC provided by the publisher via Netgalley in exchange for an honest review.