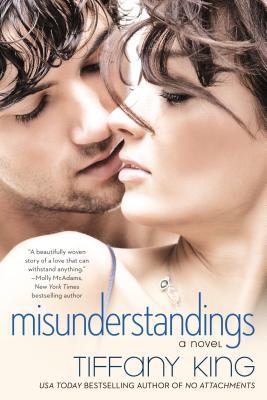 Just when she thought things were going up…

Two years after a devastating breakup, Brittni Mitchell has moved on from Justin Avery—or so she tells herself. But when she returns to Seattle for her best friend’s engagement party, Brittni finds herself the victim of a disastrously timed elevator breakdown. She’s trapped with the last person she wants to face, and forced to recount the past she desperately wants to forget.

She’s going to have to look back…

When Brittni left her podunk hometown for a big city college experience at the University of Washington, hooking up with a guy like Justin Avery was not part of her plan. Between Justin’s attention-grabbing tattoos, cigarette smoking, and bad boy attitude Brittni quickly chalked him up as Mr. Wrong.” But his charm was unrelenting, and Brittni’s decision to give Justin a chance quickly turned into the worst choice she ever made.

So that she might be able to move forward.

Now she’s stuck with Justin—literally—and the complicated web of misunderstandings that tied up the truth for two years is about to unravel.

Misunderstandings was a second chance romance that pulled my emotions all over the place.  I felt so bad for Brittni and Justin for the pain they endured.  But reconnecting, sorting things out, and falling all over again was so much sweeter after surviving such heartache.

Brittni is back in Seattle for her best friend’s engagement party after leaving two years prior with her heart shattered.  Snagging an elevator her worst nightmare comes true when she gets stuck with the source of her heartbreak, Justin. He was her first and only love until it all went to hell.  Now stuck in the elevator for hours these two have no choice but to confront the events of the past and finally get sorted what really happened.

This story was told in alternating chapters from the past back to the present so we gradually get Brittni and Justin’s history.  How they feel in love to the events that led to the implosion of their relationship.  Brittni was more guarded and reluctant with her feelings.  She was afraid of falling for someone like Justin who was open, affectionate and flirtatious.  He had no shortage of female attention which played into Brittni’s insecurities, but thankfully she got over that eventually.

As the past was revealed, at first I felt kind of sorry for Justin seeing as he was so determined to be with Brittni and it seemed like she was always so hesitant.  But things switched and then I felt really sorry for Brittni. Justin behaved like an ass, but I can’t say I completely blame him with what he thought happened.  Brittni didn’t correct his assumptions, and I can sort of see why she didn’t at first because (highlight for spoiler)she didn’t want Justin changing his decision out of feelings of obligation. (end of spoiler)  She couldn’t see beyond her pain to realize Justin was just as insecure at that point leading him to say hurtful things.  Really this was a series of misunderstandings that were avoidable, but when you looked at both sides you could fully understand both Brittni and Justin’s reasoning.

Being trapped on an elevator was the best thing that could’ve happened to these two, in spite of the pain it dredged up.  I may or may not have shed a tear (or two) when all was revealed…Some of it really hurt. I have to say I couldn’t help but be really pissed at Justin even though, logically I could understand.  Getting everything out in the open put them on the road to healing their wounds, and led them back to each other.  I was thrilled with how it all worked out!

I loved Misunderstandings even more than No Attachments. Tiffany King brilliantly captured the heartache and loss felt when love ends badly and then replaced it with the high of finding that love again!  I can’t wait for bad girl Tressa’s story with geeky Trent next in Contradictions!