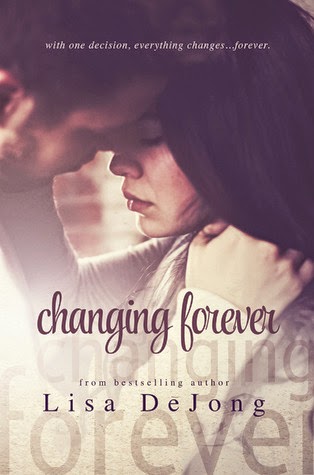 Drake Chambers is as arrogant as I am stubborn. A college quarterback, a national star. I thought he was just another one of those guys … the type every girl should stay away from, but he’s carrying more than the weight of the football team on his shoulders.

He unravels the feelings and beliefs I’ve held onto for so long.

I thought we had it all figured out. Two people who’d finally found their happily ever after, but the past always has a way of sneaking into the present.
With one decision, everything changes … forever.

Wow! What an emotional rollacoster that was! I knew I wanted to dive into Drake Chambers and Emery White’s story when I got a glimpse of their turmoltuous relationship in After the Rain. There was a significant reveal in that book that something went horribly wrong with these two, so I immediately jumped into their novel Changing Forever, and I finished it too quickly! This book was filled with raw emotion, definite chemistry and heart break all around. Exactly what I’ve been in the mood for lately.

Drake is Southern Iowa State’s star quarterback. He has a broken past and knows that the only way he can give his mom and two sisters any chance at a good life is if he lands a pro-football contract after college. School comes in second when it comes to his primary focus revolving around his football dreams. However, when he meets Emery, who is attending the university on a full-ride academic scholarship, he begins to question what part of that dream really makes him happy. When they are paired up to complete a project in one of their classes, their relationship is anything but easy.

After constant starts and stops because of Drake’s hesitations and Emery’s solid walls of protection, they finally give in to their feelings and realize that their romance is explosive.

...when you take goodness, add fire and gasoline, it fucking burns...
What ensues is a heated relationship that’s filled with emotional moments, tragic reveals and a crash landing that leaves them both broken and lost.

Overally, I loved Drake and Emery’s story. There were so many moments that I hoped Emery would just walk away, and that baffled me because I really liked Drake. I think I just didn’t like them together... at the time. However, that all changed at the twist of the story and it hit me like a ton of bricks. I love when a book changes my feelings about how I want the outcome to unravel and Changing Forever did exactly that. Let me just say... The epilogue... oh my!! I loved that final touch. Perfect ending for a couple of characters I came to adore! Changing Forever was emotional, hopeful with a dash of drama. Just how I like it!!
5 Suns