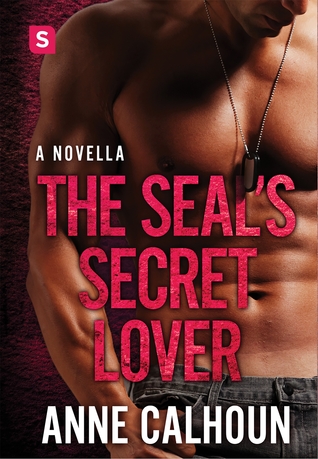 The first in the Alpha Ops novella series that features an alpha Navy SEAL who meets his match in a buttoned-up firecracker who is hiding a passionate side.

Logistics director Rose Powell agreed to chaperone her grandmother on a guided tour of Roman ruins on one condition: her brother Jack would come with her. But when Jack backs out, his best friend and fellow SEAL Keenan Parker takes his place. Without a working cell phone, Rose's orderly world drifts into dreamy days and hot, secret nights in Keenan's bed. Keenan left the Navy but never made it any farther than Istanbul, much less to a viable future. Until he does, he'll show Rose things she didn't know about herself. Can he give his heart and his future to the woman he promised his best friend he'd never touch?

My Thoughts:
Rose is the classic workaholic, but has taken time off to escort her beloved grandmother and two other “Bucketlist Babes” to Turkey, traveling and soaking in the sights.  Of course she plans squeezing in work, but poor Wi-Fi and trouble with her International data plan conspire against Rose! Her younger brother, Jack was to also accompany them, but he canceled last minute and enlisted his former SEAL teammate, Keenan to do the honors.  Rose is immediately attracted and instead of spending her nights working and answering emails she finds herself in Keenan’s bed having hot passionate sex!

They carry on secretively, spending their nights wrapped up in each other and their days stealing lusty kisses.  But all this is far removed from Rose’s real life. As she becomes more and more attached Rose wonders what will happen when the vacation is over.  Keenan’s feelings for Rose are unmatched and he wonders the same: Is this just a vacation fling? The thought gives his heart a painful tug.

The SEAL’s Secret Lover was a short sweet romance in Anne Calhoun’s signature writing style: beautiful, sensual, and downright HOT!  The sights and sounds of Turkey come to life through her lovely writing.  There were also snippets of humor provided mostly by the “Bucketlist Babes” rounding out this short romance.  I really hope I’m still as full of life and desire for adventure at their age!  I do enjoy a “quickie” sometimes, getting a fast dose of romance and having the story wrap up quickly, but novellas can be tricky because the author has a short amount of pages to grab your attention and make you care about the characters.  I thought Ms. Calhoun did an excellent job and I’m looking forward to the next novella in this series: The SEAL’s Rebel Librarian, which will be Jack’s (Rose’s brother) story.