Review, Excerpt & Giveaway: The One You Fight For by Roni Loren 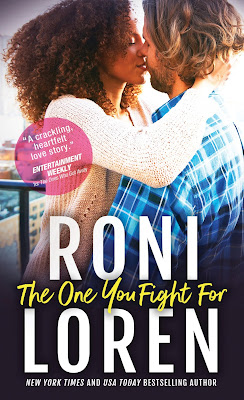 The One You Fight For (The Ones Who Got Away #3) by Roni Loren
Publication Date: January 1st 2019 by Sourcebooks Casablanca
Pages: 384
Purchase Links: Amazon | B&N | iBooks | Indiebound | Books-A-Million | GooglePlay

How hard would you fight for the one you love?
Taryn Landry was there that awful night fourteen years ago when Long Acre changed from the name of a town to the title of a national tragedy. Everyone knows she lost her younger sister. No one knows it was her fault. Since then, psychology professor Taryn has dedicated her life's work to preventing something like that from ever happening again. Falling in love was never part of the plan...
Shaw Miller has spent more than a decade dealing with the fallout of his brother's horrific actions. After losing everything—his chance at Olympic gold, his family, almost his sanity—he's changed his name, his look, and he's finally starting a new life. As long as he keeps a low profile and his identity secret, everything will be okay, right?
When the world and everyone you know defines you by one catastrophic tragedy...
How do you find your happy ending?

My Thoughts:
Taryn lost her sister in the Long Acre School shooting and has devoted her life to searching for warnings and triggers that could help prevent them in the future.  She’s driven by grief, but also by guilt.  Never did she think she’d end up dating the brother of one of the shooters, let alone fall for him.

Shaw has been in survival mode since his brother decided murdering his schoolmates was an option.  Ostracized, judged and hunted by the press, Shaw changed his name and moved away, but is back in Austin against his better judgement. All he wants to do is stay under the radar, but a chance meeting with Taryn makes that very difficult.

They’re immediately attracted physically with chemistry off the charts, but emotionally they click as well.  They’ve both been tragically altered by the Long Acre shooting, and who can better relate to that? But the fact that Shaw is the brother of the shooter instead of a victim makes a future together impossible, right?

Roni Loren’s The Ones That Got Away series has focused on the survivors of a school shooting moving on, healing and finding love.  The One You Fight For was a little different in that it tells the story of Shaw, the older brother of one of the shooters, and Taryn, the sister of one of the victims killed by Shaw’s brother.  This is the second book where I’ve read about a relation to a school shooter and since then I’ve really felt bad for not only the victims and their families, but also the families of the shooters.

My heart seriously went out to Shaw for all that he lost, and the nightmare that just kept on, and because he felt like he deserved all of it for being related to the shooter. Of course, I felt bad for Taryn, too, with a secret fueling her guilt, and having to deal with her mother!  Her mother had every right to her grief, but she put her family through the ringer when she should’ve gone out and got professional help!  Taryn and her father were enabling her behavior and that got a bit old.

The One You Fight For was a consuming and emotionally charged romance! I longed for a happy ending for Taryn and Shaw who went through so much and deserved an epic HEA! 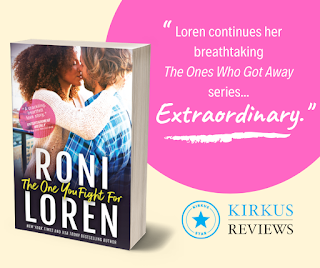 a Rafflecopter giveaway
Posted by Rachel @Waves of Fiction at 9:00 PM