Review: The Guy Who Died Twice by Lisa Gardner 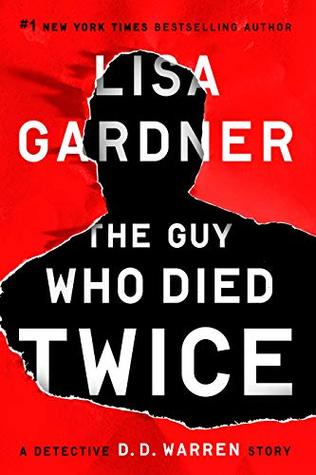 D. D. Warren was pretty sure she'd seen it all. Then a man walks into police headquarters, attempting desperately to convince the squad that he's dead. Explaining to him that he's very much alive, they finally send him on his way . . . and then hours later, he turns up actually dead. And it's on D. D. Warren to figure out how and why the dead man died . . . twice.

Plus: an early look at Gardner's next riveting thriller, Never Tell.

My Thoughts:
The Guy Who Died Twice was a fun little mystery novella with one of my favorite Lisa Gardner Detectives, D.D. Warren, sharing a very unusual case of murder to her husband over dinner.  As you can gather from the description a man walks in to report his death/murder, and yet he is very much alive at the time. They all chalk this up to mental illness, but a few hours later D.D. and her team are called out to a grand estate to investigate the same man’s actual murder.  There’s a whole house full of suspects, each with a possible motive to murder the man, so D.D. must sort out the stories and solve his murder.

There was a definite Agatha Christie vibe to this case with a murder happening in a big, grand estate, old wealth and a surplus of servants and family on the property that could’ve committed the murder. D.D. and her team interview and dig for clues, spending the day on the estate to gather the facts.  We get the highlights as a reader as she shares with her crime-scene-expert husband, Alex, over a glass of after-dinner wine! Sounds like a perfect way to spend the evening to me! Love Alex!

The mystery wraps up in perfect Agatha Christie style! I won’t say how, but you’ll see in the end. You can easily read this in an hour/hour and a half.  Bonus, you get to spend time with D.D. and her lovely husband while sorting out the clues!

Posted by Rachel @Waves of Fiction at 9:20 PM