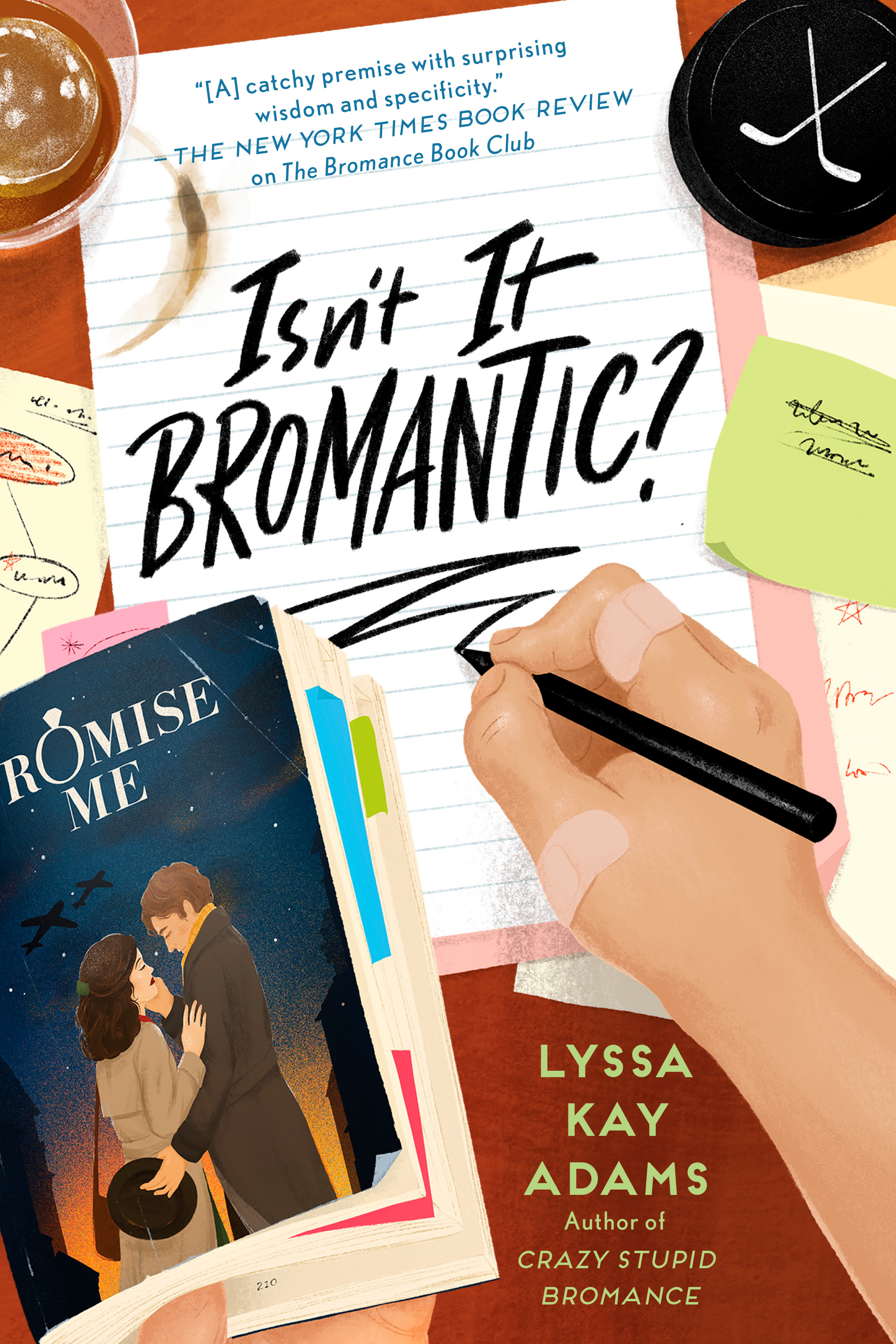 Isn't It Bromantic? (Bromance Book Club #4) by Lyssa Kay Adams
Publication Date: July 20th 2021 by Berkley Books
Pages: 352
Source: Publisher & Audio Purchase
Rating: ★★★★
Links: Amazon | Barnes & Noble | Kobo | Goodreads | Audible
My Thoughts:
To be honest, when I picked up the first book in this series I wouldn’t have considered Ivan (aka “The Russian”) to be a love interest as he was more the butt of bathroom jokes due to his intestinal issues. It was funny, but as Ivan said, it’s not funny when the joke is about you. Poor guy! I was happy Ivan went to the doctor, discovered he had a gluten allergy and got a diet tailored to help.
In the last book I saw a different side to Ivan, his emotional pain seeing his estranged wife and I knew Ms. Adams would have a story and I was all in!
Ivan’s been married for six years to the only woman he’s ever loved, but he assumes Elena only married him so she could escape Russia and move on from the grief of losing her father. He hopes for more, but on coming to America, Elena immediately decides to attend collage in Chicago and moves away. He’s crushed, but Ivan’s not about to force her to stay in Nashville with him. Seeing all his Bromance Book Club besties find happiness and fall in love inspires him to reach out to Elena telling her he’d like to try a real marriage now that she’s done with school. Unfortunately, Elena informs him that she’s going to move back to Russia and wants a divorce. Ouch!
My heart went out to Ivan. He was such a kind, emotional soul and being a professional hockey player hottie, he had his pick of women but he always held out hope that something would work out with Elena. When she announces she’s going back to Russia it crushes him. However, when Ivan gets injured and needs care, Elena puts her plans on hold and moves back to help him heal.
This is one of those romances where a simple conversation to clear up miscommunications, misconceptions would’ve saved both Ivan and Elena a lot of heartache. This is even joked about when the Bromance Bros, connoisseurs of the romance genre, meet up to discuss romantic strategy. It was a little frustrating to be honest, and I think Elena annoyed me more here than Ivan, but when things came out, I could see her point of view.
With that said, I still had a lot of fun with the story. The Bromance guys were hilarious, and I was charmed by “The Loners”, a group of women either widowed or on their own for other reasons that made themselves Ivan’s girl posse. I really appreciated that both the Bromance guys and The Loners decided to try and be supportive, and welcomed Elena in (all except Claude, at first) when they could’ve been mean and defensive over Ivan.
These stories wouldn’t be complete without a cute animal or two, and I was delighted to “see” Hazel, a sweet chicken who made friends with Ivan in Undercover Bromance, again! Neighbor Cat and Neighbor Dog were cute additions, too, flocking to Ivan the softie.
4 Stars

With his passion for romance novels, it was only a matter of time before Vlad wrote one.

Elena Konnikova has lived her entire adult life in the shadows. As the daughter of a Russian journalist who mysteriously disappeared, she escaped danger the only way she knew how: She married her childhood friend, Vladimir, and moved to the United States, where he is a professional hockey player in Nashville.

Vlad, aka the Russian, thought he could be content with his marriage of convenience. But it’s become too difficult to continue in a one-sided relationship. He joined the Bromance Book Club to learn how to make his wife love him, but all he’s learned is that he deserves more. He’s ready to create his own sweeping romance—both on and off the page.

The bros are unwilling to let Vlad forgo true love—and this time they’re not operating solo. They join forces with Vlad’s neighbors, a group of meddling widows who call themselves the Loners. But just when things finally look promising, Elena’s past life intrudes and their happily ever after is cast into doubt.