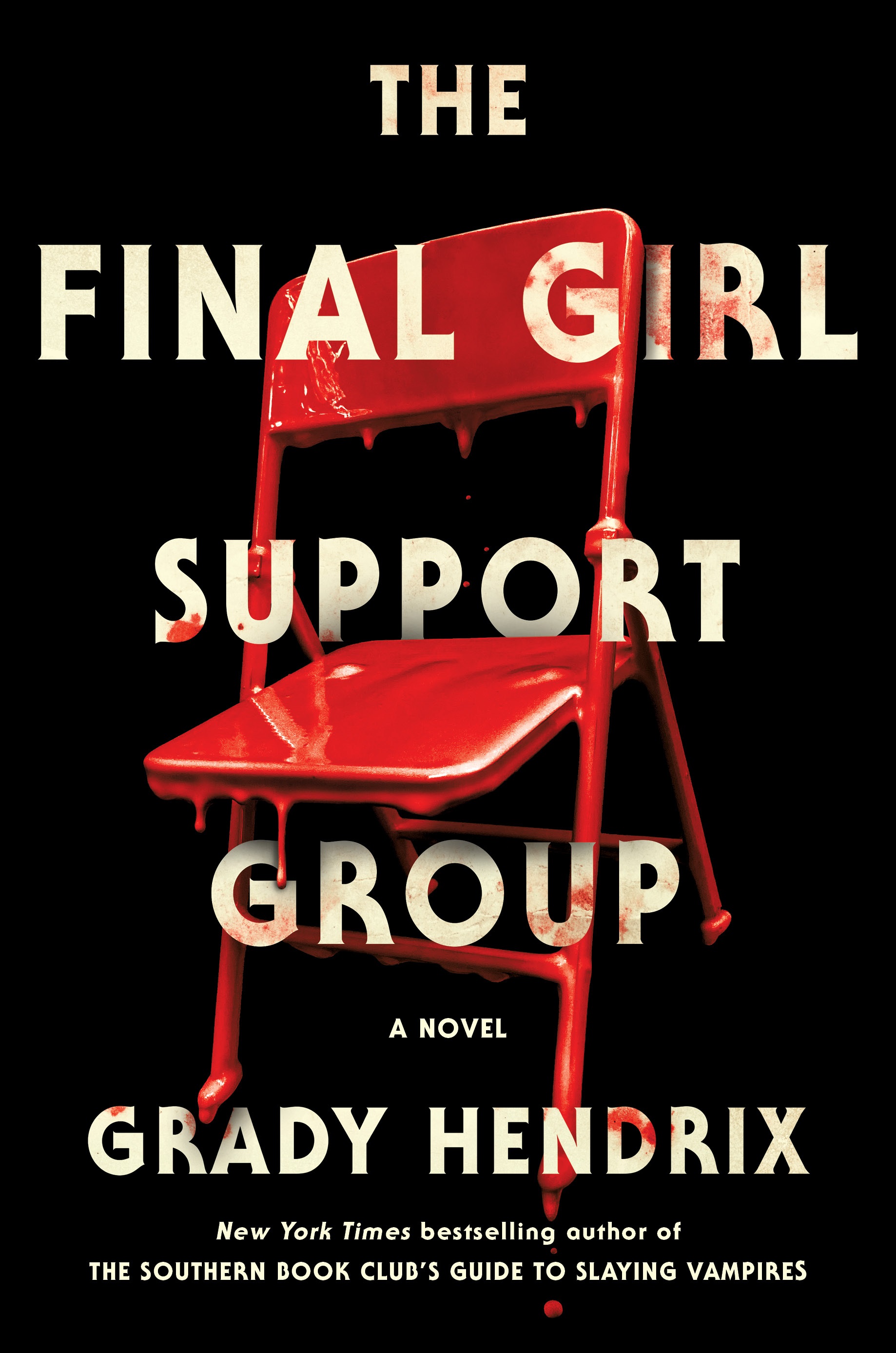 The Final Girl Support Group by Grady Hendrix
Publication Date: July 13th 2021 by Berkley Books
Pages: 352
Source: Publisher
Rating: ★★★½
Links: Amazon | Barnes & Noble | Kobo | Goodreads
My Thoughts:
Are you a fan of those ‘80s horror/slasher films? I was a big fan even though they’d give me nightmares and make me put off going to bed! Michael Myers, Freddy, Chainsaw Massacre, Scream, I know, Scream is not the 80s, but you get the idea. Final Girl Support Group is about that one girl who, against all the odds, bloody and traumatized, survives and I was all in!
Lynnette survived a massacre twenty-two years ago, but not without scars, both emotional and physical. She lives a paranoid life and doesn’t really connect with others except for her weekly gathering of Final Girls. They meet, snipe, gripe and got downright nasty at times, but as they are connected like no other women can be, they’ve formed a bond. But that bond is about to be tested when one of them goes missing and it becomes evident, to Lynnette at least, that they’re all being hunted.
The Final Girl Support Group was kind of a batshit crazy mash-up of 80’s slasher/horror movies. It was campy and crazy! For Lynnette it's a race to find out who was behind all the new attacks!
Most real-life people don’t have super slick plans if someone came after them, I’d just be trying to survive if it were me. Lynnette does have plans, but real-life mostly doesn’t follow the rules and so she’s sort of flying by the seat of her pants. She did have some great plans, so I was a little disappointed on how some of it played out when push came to shove. Also, I felt the story lagged a bit in spots, went off the rails, but overall, I had fun with this campy horror story! I was in a bit of a book slump when I decided to throw out my reading schedule and pick up TFGSG and the change definitely perked my reading mood up!
3.5 Stars

A fast-paced, thrilling horror novel that follows a group of heroines to die for, from the brilliant New York Times bestselling author of The Southern Book Club's Guide to Slaying Vampires.

In horror movies, the final girl is the one who's left standing when the credits roll. The one who fought back, defeated the killer, and avenged her friends. The one who emerges bloodied but victorious. But after the sirens fade and the audience moves on, what happens to her?

Lynnette Tarkington is a real-life final girl who survived a massacre twenty-two years ago, and it has defined every day of her life since. And she's not alone. For more than a decade she's been meeting with five other actual final girls and their therapist in a support group for those who survived the unthinkable, putting their lives back together, piece by piece. That is until one of the women misses a meeting and Lynnette's worst fears are realized--someone knows about the group and is determined to take their lives apart again, piece by piece.

But the thing about these final girls is that they have each other now, and no matter how bad the odds, how dark the night, how sharp the knife, they will never, ever give up.

Posted by Rachel @Waves of Fiction at 9:40 AM