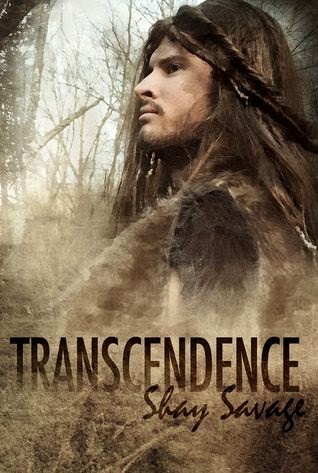 It’s said that women and men are from two different planets when it comes to communication, but how can they overcome the obstacles of prehistoric times when one of them simply doesn’t have the ability to comprehend language?

Ehd’s a caveman living on his own in a harsh wilderness. He’s strong and intelligent, but completely alone. When he finds a beautiful young woman in his pit trap, it’s obvious to him that she is meant to be his mate. He doesn’t know where she came from; she’s wearing some pretty odd clothing, and she makes a lot of noises with her mouth that give him a headache. Still, he’s determined to fulfill his purpose in life – provide for her, protect her, and put a baby in her.

Elizabeth doesn’t know where she is or exactly how she got there. She’s confused and distressed by her predicament, and there’s a caveman hauling her back to his cavehome. She’s not at all interested in Ehd’s primitive advances, and she just can’t seem to get him to listen. No matter what she tries, getting her point across to this primitive, but beautiful, man is a constant – and often hilarious – struggle.


With only each other for company, they must rely on one another to fight the dangers of the wild and prepare for the winter months. As they struggle to coexist, theirs becomes a love story that transcends language and time.

Arlene's Thoughts
Beautiful, beautiful novel that truly encompasses what phenomenal story-telling is all about. LOVE!

I can’t stop the tears. I don’t want to cry. I’m too tired to cry. My life with Beh was beautiful, transcending everything that set us apart from each other and bringing us together...
Before I started Transcendence, I took the time to read the authors note, and the one thing that branded in my brain was artistic license... artistic license. Keep an open mind Arlene when reading this because she’s exercising her artistic license. Well, Shay Savage sure did use her artistic license, and you know what? She accomplished what very few authors have been able to do when they exercise this right. Where I still don’t believe vampires can have babies, I truly believe a girl from modern times can meet and fall in love with a caveman. Shay made me believe it can happen... with a little bit of artistic license... It CAN happen! :D

In Transcendence, we meet Ehd who is from prehistoric times and is struggling to survive from starvation at the end of a harsh winter. When he finally catches his first real meal after a long, cold and hungry season, his small victory is suddenly cast aside when he stumbles upon a girl that somehow fell into one of his traps. She’s wearing very odd clothing and makes constant loud noises that gives him a headache and he doesn’t quite understand, but his baser instincts kick in, and he takes her to his cave to protect her, feed her and yes... put a baby in her.

I too chuckled at the last bit, but despite how elementary his purpose in life was, every single one of his actions was made with purpose and heart. I absolutely fell for this unlikely character from the beginning. I could not put this book down until I was completely done because I just had to know what made it possible for Ehd and Beh to meet and how their life would unfold.

For those that don’t know my reading style, I love witty banter, word play, and nicknames. If a book doesn’t have good dialog, I’m likely not going to connect with the characters. Well, there’s another thing Savage managed to do aside from accepting her artistic license! She made me fall in love with Ehd who possibly used only a handful of words throughout the entire novel when communicating and connecting with Beh. Falling into the daily cadence of their life through Ehd's POV was addicting and captivating. Reading this book in one sitting means only one thing where I’m concerned - this book consumed me completely.

Transcendence is my first exposure to Shay Savage’s storytelling and I can’t wait to see what other masterpieces she’s penned. Beautiful, real, heart rending and emotional. Perfect book in my opinion!
5 Suns

Rachel's Thoughts
Transcendence was amazing and I kept thinking about it for days after finishing. It was an original story about survival and finding a love that “transcendences” time.
Ehd is a caveman alone and barely getting by. He has his own little cave and should be out preparing for the coming winter, but with being so lonely, he can’t quite muster up the will to get to it. This all changes when he discovers a girl, Elizabeth or “Beh” as he calls her, stuck at the bottom of his animal trap. She is different from any other girl he’s come across. Beh wears strange coverings, and babbles on and on. But she’s another person and a female at that, and Ehd is overjoyed to have found her. He knows immediately that Beh must be his mate, and he sets out to convince her. Funnily enough, Beh has different ideas and so winning her over isn’t as easy as Ehd thought.

This story is told through Ehd’s POV alone, and there is VERY little dialogue throughout, yet I loved being inside his head. Being a caveman, his goals and drive is very primal: food, shelter and mating to form his own tribe. But Ehd has profound emotions and a desire for love and acceptance that comes through loud and clear through his narrative. Ehd is so very grateful to have found Beh, and he puts her happiness and welfare far above his own.

"It is far beyond not wanting to be alone anymore. I want her—only her. I will do anything to make Beh mine."
"There is nothing more important than Beh, and if making her happy means my own sorrow, I will have to accept that."
I couldn’t help but fall hard and fast for this caveman! I was so touched by Ehd’s kind and tender soul, and I hoped desperately he’d get his heart’s desire.

This story was fascinating! From their struggles to survive, and the dangers that came along with it to the progressive deepening of both Beh and Ehd’s feelings for each other, I couldn’t put this book down. Oh my heart!

I don’t want to say too much because I think it’s best to go into this story knowing as little as possible. I will say this is one of my favorite reads so far of 2014. I’ve read several books by Shay Savage, and her writing continues to amaze and impress me!
5 Suns