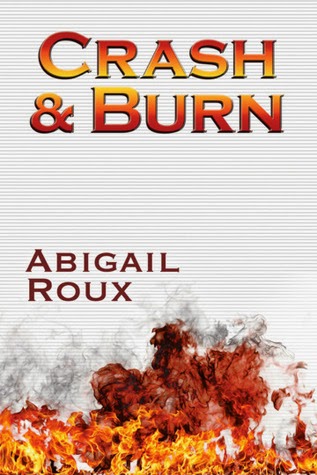 It’s been five years since Special Agents Ty Grady and Zane Garrett first worked together to solve the Tri-State murders, and time has been both harsh and kind. Engaged now, they face the challenge of planning a deeply uncertain future together. Zane is at the pinnacle of his career with one last mystery to solve, while Ty is at sea in a world where he’s no longer the tip of a spear.

There’s just one more hurdle in the way of their happy ever after: a traitor from their inner circle who threatens to burn their world to the ground.

Squeezed between the Vega cartel, an unknown mole, and too many alphabet agencies to count, Ty and Zane must gather all their strength and resources to beat the longest odds they’ve ever faced. To make it out alive, they’ll need help from every friend they’ve got. Even the friends who might betray their trust.

My Thoughts
Explosive and absolute perfection! As a series finale, Crash & Burn delivered!
Amazing ending to a series that I can’t believe is over. The Cut & Run series is the first adult drama I’ve invested in, and it was well worth every moment. Zane and Ty were absolute perfection. I will truly miss this dynamic duo.

In Crash & Burn, we get to witness Ty and Zane take on one last mission to clear their names from the assignments they took from the NIA. They are framed for murder, embezzlement and all sorts of other crimes that will take the effort from the entire Sidewinder to help them prove to the CIA they are innocent.

There were several emotional moments in this book (view spoiler) that kept the story on a constant twist and turn. Having the entire cast come together for this final installment of Cut & Run added to the high adrenaline, explosive power of the story. There was not one moment of down-time which is signature of this series.

I can’t believe Ty and Zane’s story is finally over, but I will admit that they couldn’t have gotten a more perfect ending. I’ll miss their steamy moments, awesome dialog and amazing chemistry. I hope we get glimpses of Ty and Zane in the other stories Roux has going because one more book is never enough. Abigail Roux could have kept this story going for many more installments.

Overall, Crash & Burn was perfection. It spared no expense when it came to an amazing pair working for their happy ending. This series will remain in my top ten for quite some time. Pure awesome!
5 Suns