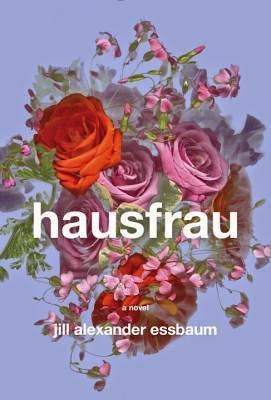 Anna Benz, an American in her late thirties, lives with her Swiss husband Bruno and their three young children in a postcard-perfect suburb of Zürich. Though she leads a comfortable, well-appointed life, Anna is falling apart inside. Adrift and increasingly unable to connect with the emotionally unavailable Bruno or even with her own thoughts and feelings, Anna tries to rouse herself with new experiences: German language classes, Jungian analysis, and a series of sexual affairs she enters into with an ease that surprises even her. Tensions escalate, and her lies start to spin out of control. Having crossed a moral threshold, Anna will discover where a woman goes when there’s no going back.

My Thoughts
Hausfrau: German for Housewife

“Truth is told when it tells itself.”

"It's an other-worldly moment when the curtains behind which a lie has been hiding are pulled apart when the slates on the blinds are forced open and a flash of truth explodes into the room."

Anna Benz is a series of poor choices executed poorly. She’s an American housewife married to a Swiss man, Bruno, and living in Switzerland with her three children – Victor, Charlie and Polly Jean. In her reality, she has no friends, struggles with the German dialect of her small town and begins to take classes to try and find a way to connect with the people around her.

Overall, she’s unhappy and has grounds for occasional sorrow, but she chooses to disconnect with her struggles through a series of affairs that only leaves her feeling empty. When tragedy strikes her life in a way she doesn’t know how to cope with, she begins a more drastic downward spiral and the end is as shocking as the beginning.

Overall, I have to admit I was engrossed with this constant feeling of a car crash growing progressively worse as the story continued. Thankfully, it was told in the third person so I never really felt a deep connection with Anna and the feeling of distance allowed me to watch her life unfold with a sense of detachment. I can only imagine how much more powerful this novel would have been had it been told from Anna’s perspective.

I believed Anna’s distress and I attempted to sympathize, but how she chose to disconnect from her troubles was in no way acceptable. When the inevitable happens and she’s discovered, I was even more disgusted with how Bruno reacted. I can only make an assumption to Anna’s final choice and having only the clue that the trains ran late for the rest of the evening, it didn’t end well.

Very morose story, that’s a series of poor choice after poor choice. Witnessing it as a distant by stander was the way to go.