Review: The One & Only by Emily Giffin 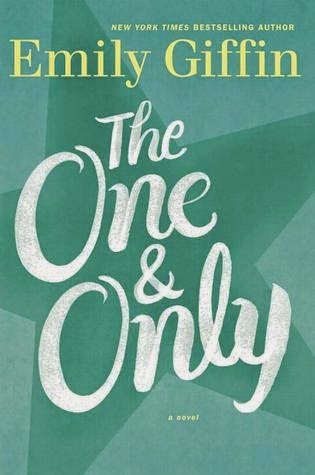 The One and Only by Emily Giffin

Published May 20th 2014 by Ballantine Books

In her eagerly awaited new novel, beloved New York Timesbestselling author Emily Giffin returns with an extraordinary story of love and loyalty—and an unconventional heroine struggling to reconcile both.

Thirty-three-year-old Shea Rigsby has spent her entire life in Walker, Texas—a small college town that lives and dies by football, a passion she unabashedly shares. Raised alongside her best friend, Lucy, the daughter of Walker’s legendary head coach, Clive Carr, Shea was too devoted to her hometown team to leave. Instead she stayed in Walker for college, even taking a job in the university athletic department after graduation, where she has remained for more than a decade.

But when an unexpected tragedy strikes the tight-knit Walker community, Shea’s comfortable world is upended, and she begins to wonder if the life she’s chosen is really enough for her. As she finally gives up her safety net to set out on an unexpected path, Shea discovers unsettling truths about the people and things she has always trusted most—and is forced to confront her deepest desires, fears, and secrets.

Thoughtful, funny, and brilliantly observed, The One & Only is a luminous novel about finding your passion, following your heart, and, most of all, believing in something bigger than yourself . . . the one and only thing that truly makes life worth living.

Arlene's Thoughts
“You know in your heart when you’re doing the right thing and when you’re not. And you just have to do everything you can to stay the course.”
The One and Only is my first novel by Emily Giffin, which I was excited to dive into. Unfortunately, this didn't quite work out for me, so I’m not quite sure how to proceed with this author.

The One and Only shares Shea’s story at a time when a life changing event shifts the town of Walker, Texas – a town that revolves around their football team and worships Coach Carr’s reign over the team. When his wife dies, the team rallies to win the championship for him. And, thirty-year old Shea struggles to make sense of her feelings for the Coach that not only practically raised her, but is also her best friend’s father.

First and foremost, I have to admit that I struggled with the relationship between father-figure Coach Carr and Shea. I just couldn't let my imagination float to enjoy the possibilities between these two. Even the main character admitted that there were too many reasons it wasn't right, including (1) he was too much older than her (20+years), (2) he recently lost the love of his life, and (3) he was her best friend's father. What I'm surprised she left out was that he practically raised her. His nickname for his is “girl” and to hear him call her that throughout the book just didn’t sit right with me. I had such a tough time transcending through the dynamic of this relationship.

Secondly, I liked the football aspect to the story and loved the main character’s ability to pick herself up and plow forward. Shea being a sports writer was interesting and I appreciated her love of the game and her craft. The games were exciting and all of the elements that go into a football season such as draft picks, investigations, etc. was interesting to read about.

Also, the dynamics that the secondary characters added was enjoyable and full of depth. Miller was surprisingly one of my favorites. Lucy was just okay and Ryan lost his appeal quickly.

Overall, I feel it would have been a great story if the love interest had been someone else. The particular dynamic between Shea and Coach Carr just didn’t work for me, and I was a bit disappointed in my first and probably only novel by Emily Giffin.
2.5 Suns

Brandie's Thoughts
Right off the bat I will say that if you're not a fan of football - not even a little bit - you probably won't like this book. I have seen a lot of poor reviews where that is the first thing people mentioned. I don't like to see the negative reviews because of that fact, but I know not all women love football as much as I do.
That was the main reason I was so excited to read this book. Immediately, it had a little bit of a Friday Night Lights kind of feel (love that show), and I was loving the setting.
Shea is a die hard football fan. She lives and breathes the sport, living in a small college town where the football coach is famous, and just happens to be the father of her best friend. After college, she even takes a job in the athletic department of her college, which allows her to stay close to the people she loves and continue supporting her favorite team.
Her relationship with Coach Carr and his family is unique, as him and his wife practically raised Shea when her family was falling apart. Her mom was best friends with Coach's wife and naturally his daughter Lucy and Shea grew up as close as sisters.
SPOILER!
Then tragically, Coach loses his wife to cancer and everything changes. On the heals of Mrs. Carr's death, Shea starts questioning her life and if she's exactly where she wants to be. Does she see a future with the guy she's dating? Is she happy with her job? Her new revelations make her also start questioning her feelings about Coach. She has hero worshiped him her whole life. His love for the sport, his love for his family and for her - he is the best man she's ever known. At some point she starts to realize that she may have stronger feelings for him, and is faced with having to deal with this new truth, and how it could crush everyone she loves dearly.
I will admit that the age difference did start out as an issue for me. Just the thought that she could have feelings for a man her father's age was a little unsettling. I normally avoid books like this, but I tried to stay open minded and push through it. I am so glad I did. The intense feelings these two had, but were so good at keeping to themselves, had my heart racing. When they finally had an intimate moment - I was dying. It was amazing and perfect. I didn't see their age difference anymore. I only saw how sweet he was to her and how much they cared for each other. By the end of the book I was rooting for them and my heart was breaking because of their situation. I wanted nothing more than for these two to get their happiness.

END SPOILER
This was a slow starting book for me. I didn't really feel like it took off and had that suspenseful, can't-put-down feeling until the halfway point. But once I got there - I finished it in one sitting. The football references were a great added bonus, but it was the story of love and friendships that made this book truly wonderful.
If you are a lifelong Emily Giffin fan, and love football - I think you will absolutely enjoy this book!

Email ThisBlogThis!Share to TwitterShare to FacebookShare to Pinterest
Labels: 2.5 suns, 4.5 suns, arlene's review, brandie's review, emily giffin, the one and only