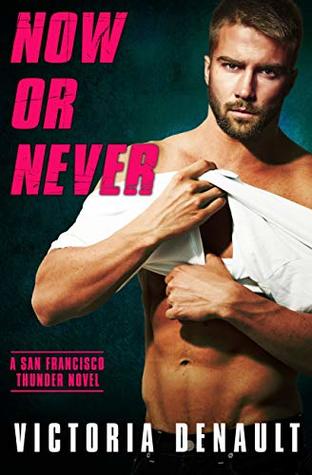 From the bestselling author of the Hometown Players series comes a sexy romance about a bad boy hockey player who wants a second chance to win the heart of his high school crush.


All Winnie Braddock wants is a quiet place to be alone and time to heal her battered heart. But the refuge she'd hoped for in her family's summer cottage is destroyed when she gets there to find Holden Hendricks literally camped out in the driveway. He made her life hell when they were kids, and despite what he says, it doesn't look like much has changed. She doesn't care if her brother hired Holden to renovate the house this winter; she wants him gone.
You miss 100 percent of the shots you never take. Holden knows that hockey saying all too well. After all, he could have gone pro if he hadn't messed up so much as a kid. But now he's desperate to prove he's changed for the better, especially to Winnie Braddock. As the two work together to fix the cottage piece by piece, they realize that perhaps they can give each other the new beginning they've both been waiting for-if they're just willing to take the shot.

My Thoughts:
Winnie Braddock has decided to stay at the family cottage in Maine after her father’s funeral. Winnie just can’t shake the crushing grief filling her and she’s not ready to continue life status quo.  Unfortunately, Winnie doesn’t know her brother scheduled a contractor to renovate the cottage, or that it’s guy that made her teenage life hell: Holden Hendricks. He teased her mercilessly and was nothing but anger and trouble.  The last person she wants to see now is Holden, even if he’s one of the hottest men she’s laid eyes on. A hot jerk is still a jerk.

Holden is back home trying to build a future and mend fences with all the people he’s wronged.  The Braddock’s family cottage is a big renovation for Holden and one that will help him launch his new business.  He doesn’t expect the cottage to be occupied, and Winnie is far from pleased to see him.  He was a jerk to her, so he doesn’t blame Winnie for her feelings.  Winnie was always his favorite Braddock girl, not that his behavior gave her any clue, but he’d like to make it clear now.

As they’re forced to occupy the same space during the renovations, Winnie understands that Holden isn’t the same horrid teen that teased her mercilessly.  Sharing with Holden is about the only thing that’s helped since her dad passed away, and she falls for him a little more each day.  I really loved that Holden didn’t push her to just get over it. He was there for support, but also didn’t let her walk all over him.  Holden wants Winnie, but he wonders if she’ll ever fully trust him even though he’s a changed man.  If she can’t let go of her doubts over his character, they’ll never have a chance for a future together.

Winnie sniped and snapped at first, so there was a bit of fun back and forth to begin with.  I do love a good hate-to-love romance when the sparks fly!  Watching them overcome the past, see their attraction grow and blossom into deep feelings filled me with the warm and fuzzies.  With all they went through they both deserved to be happy and in love!  This is the first time I’ve picked up anything by Victoria Denault, but it won’t be the last!