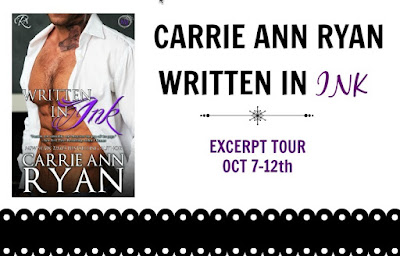 A Brand New Full Length Novel in the Bestselling Montgomery Ink Series where the quiet, inked Montgomery finds his match in the woman with a fiery passion and a past full of secrets.

There’s nothing worse for a writer than missing a deadline. For Griffin Montgomery, his failure to do what he loves comes at a blow. He didn’t understand how it was affecting his life until his well-meaning family intercedes. His sisters have hired him a new personal assistant and he’s outraged—that is, until he sees who it is.

Autumn Minor is light on her feet and a bare memory for most people she meets. She does her best to blend in everywhere she lives, even if it’s only for a short period of time. Making sure no one truly notices her is the only way she’s survived this long. Only when she meets Griffin and the rest of the Montgomerys, she’s afraid she won’t be able to let go when its time to run.

Though the two begin a tentative but explosive relationship, they know it can’t last forever. Neither of them are made for the long haul when it comes to love and romance. When the demons from Autumn’s past find her and put both their lives at risk, Griffin will stop at nothing to protect her. In the end, though, he’ll be the one who needs a second chance.

Why the long faces?” a voice said from her side.
She looked up—way up—at the sexiest man she’d ever seen. And considering the hot as hell at her table right then, that was saying something. He had a day’s growth of beard on his firm jaw, and cheekbones that looked like they could cut glass. He was seriously pretty in a ruggedly handsome, I’m-in-a-bad-mood-so-don’t-fuck-with-me sort of way. His hair was dark brown like the rest of the Montgomerys, and he’d cut it shorter on the sides but kept it long and spiked on top. From the way it went every which way, it also looked like he ran his fingers through it often. His dark blue eyes were also a Montgomery trait, but for some reason, she couldn’t help but feel like there was something…more to them than merely blue. Though she wasn’t sure what just then.
He looked like he’d rushed to put on a white button up shirt, but didn’t bother to button the bottom one or tuck it in. He’d also rolled up his sleeves, showing his tan skin and intricate ink. She wanted to lick up every inch of him, and from the way he looked at her, he knew it.
She cleared her throat as Tabby nudged her.
“Autumn? You okay?” Decker asked, giving her a knowing look. She’d have flipped him off, but she didn’t want to deal with any more questions about her reaction to the man in front of her.
He was a Montgomery, and since she’d met the rest of them except for Alex, who was in rehab, this had to be Griffin. The writer. The mysterious one, who had so far evaded her. Even in the hospital when she’d visited Meghan and Luc she hadn’t met him; and she wasn’t sure if that was a good thing or not.
This reaction was surely not good for her.
“I’m fine.” She took a quick sip of her water since her voice sounded a bit too throaty for her. “What’s up?”
Storm winked. “Well, cupcake, we were just introducing you to Griffin, but you seemed lost in space.”
“Don’t call me cupcake,” she said absently, then turned back to Griffin and held out her hand. “Nice to meet you, Griffin.” 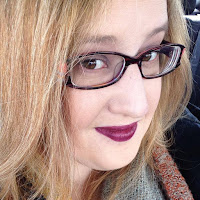 New York Times and USA Today Bestselling Author Carrie Ann Ryan never thought she’d be a writer. Not really. No, she loved math and science and even went on to graduate school in chemistry. Yes, she read as a kid and devoured teen fiction and Harry Potter, but it wasn’t until someone handed her a romance book in her late teens that she realized that there was something out there just for her. When another author suggested she use the voices in her head for good and not evil, The Redwood Pack and all her other stories were born.

Carrie Ann is a bestselling author of over twenty novels and novellas and has so much more on her mind (and on her spreadsheets *grins*) that she isn’t planning on giving up her dream anytime soon.

a Rafflecopter giveaway
Posted by SarleneS at 3:00 AM