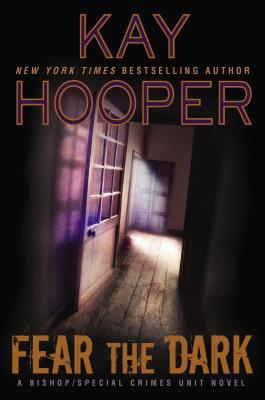 In New York Times bestselling author Kay Hooper’s new novel, an SCU team investigates a troubling string of disappearances. But how do you find someone who has vanished without a trace?

Something strange is happening in the small mountain town of Serenity, Tennessee. People going on routine errands never reach their destination. It’s as if they simply disappear. Over the past few weeks, it’s happened to five men and women—and now a child.

The local police chief calls the FBI, and a team from the Special Crimes Unit is immediately sent in. Agents Lucas and Samantha Jordan, partners in work and in life, have very different abilities. Samantha is clairvoyant and Lucas possesses a unique ability to find the lost or abducted. With them are new partners Dante Swann, a medium, and Robbie Hodge, a telepath.

The town is already on the edge of panic, but the mysterious events take a sinister turn when a body unrelated to the missing persons case surfaces and one of the SCU agents vanishes. Now, the team’s hunt for the lost has turned into something very personal…and very dangerous.

My Thoughts:
Crime is low for the little town of Serenity, so when several people go missing in the span of one month, Police Chief Jonah Riggs is baffled.  What make these occurrences stand out even more are the strange, unexplainable details accompanying each case.  Jonah reaches out to a special, not well known, branch of the FBI, the Special Crimes Unit which is made up of people with special/unconventional talents and gifts suited for this investigation.  Fear the Dark was sort of like X-Files melded with X-Men, two shows I gravitate toward, so I was delighted!

Don’t let the fact that Fear the Dark is number sixteen in the series; it can be read as a standalone.  Yes, there are characters from the previous installments, but the story focused more on Chief Jonah Riggs and the local mystery.  The story was addictive, puzzling and a bit creepy! One thing I did miss was romance. I kept hoping something would develop between Jonah and Robbie, one of the SCU team members.  There was a married couple from the previous installment, Lucas and Samantha, part of the SCU, and I appreciated the obvious care and deep connection they had, but other than that there was nothing. This story was more plot than character driven, which is usually not my favorite type of story, but there was enough action and mystery to still make it enjoyable.

Any fan of mystery with a paranormal base or anyone who was addicted to the X-Files like I was should enjoy Fear the Dark. It’s the perfect time of year for this type of spooky mystery!