Review: In the Waning Light by Loreth Anne White 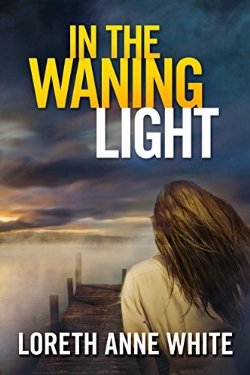 Two decades after her sister’s brutal attack and murder, Meg Brogan has finally found happiness…or so it appears. A bestselling true-crime writer, Meg has money, fame, and a wealthy fiancé. But when a television-show host presses her to tackle the one story everyone claims she cannot write—the story of her own family’s destruction—her perfect life shatters.

Determined to finally face her past, Meg returns to her hometown of Shelter Bay. Shrouded in cold, brooding fog, the close-knit coastal town harbors dark secrets and suspicious residents. One of the few people to welcome Meg back is Blake Sutton, her high-school sweetheart and the marina’s new owner. Desperate for clues, Meg digs through her family’s files. As Pacific storms brew outside, her passion for Blake reignites.

But someone doesn’t want Meg digging up the past. And that person will go to deadly lengths to prevent the writer from revealing a terrible truth.


My Thoughts:
In the Waning Light was hard to put down, I finished it one day!  It was an emotional, gripping, and suspenseful mystery; a second chance romance filled with longing, and hope.

The brutal murder of her sister, Sherry, tore Meg’s family to shreds twenty-two years ago, but Meg survived and from outward appearances, thrived.  She’s a successful writer, detailing true crime with all the tragedy, and final justice that encompasses a murder solved.  Inwardly, though, Meg has issues with intimacy and commitment and her fiancé has had it.

Meg’s never touched the crime that destroyed her family years ago, and the suggestion upsets her.  The night Sherry was murdered Meg was also attacked, found injured and barely alive.  She’s never been able to recall the events of the night, but she’s going back to her hometown, Shelter Bay, to face her fears and figure it out. Some in town don’t appreciate Meg stirring up the past, and others will do anything to protect long held secrets, even murder.

Meg was Blake’s first love, and he never got over her.  She fled town and him as soon as she was able, but now she’s back, and stirring the past up.  When Meg becomes a target, Blake won’t let her out of his sight until he knows she’s safe.  He’s not going to let anything get in the way of a second chance.

Second chance romances are a favorite for me, I always hope the happy ending for a love gone wrong.  Under different circumstances, Meg and Blake probably would’ve married and stayed together in Shelter Bay. Blake and Meg had the kind of love you never forget, making it nearly impossible to truly move on:

Their romance was mature, (no ridiculous drama, thank you!) and steamy!

Usually, I feel a little disconnect when a story is written in third person, but that was not the case here.  I felt the characters emotions keenly: their fear, longing, attraction and sorrow.  Ms. White also makes you feel like you’re with Meg in this quiet, cold, seaside town, hearing the boats clang out in the bay and smelling the salt of the sea.  It’s the kind of mystery you want to curl up by the fire , maybe with a glass of wine, as you click through the pages.

In the Waning Light was a second chance romance between soul mates, but front and center was the riveting mystery that will keep you guessing, and on the edge! Oh, the secrets held by this little sleepy town! Meg quickly finds out just how dangerous it is to unearth them.  This is the second mystery I’ve read by Ms. White, and I love how creates tension and suspense with her writing, winding up to a final, thrilling conclusion!