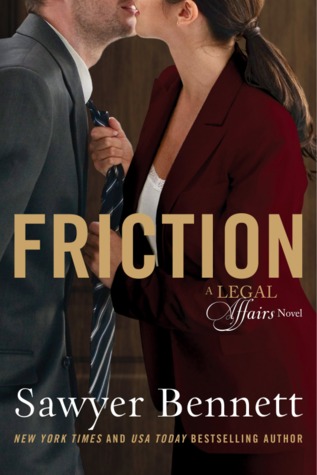 At the powerhouse law firm of Knight & Payne, winning comes first and ethics a distant second. Leary Michaels uses her female charms to daze opponents, and it’s always worked well—until now. On her most personal case yet, she finds herself going up against a defense attorney just as skilled, shameless, and seductive as she is.

Reeve Holloway has never met a woman as sure of her own sexuality, or as ruthless in wielding it, as Leary is. But he won’t be toyed with. What Leary starts, he’ll finish—in the courtroom, the bedroom, or any-damn-place he wants. The sex is uninhibited, electrifying, and absolutely against the rules. Reeve’s job is to ruin Leary’s case…even if it destroys her in the process and costs him the woman he’s come to love.


My Thoughts:
Leary Michaels works for an amazing law firm that allows her to take only the cases she believes in.  From the synopsis, I thought Leary might be sort of an unprincipled person, doing whatever it takes to win a case, but instead Leary is the type of lawyer I’d want to be.  She uses every advantage at her disposal to win, even her sensuality.  Leary’s current case hits personal buttons, and tugs at her heart. She’s representing Jenna a single mother, stripping for a living to provide for her special needs son, who had her breasts mangled by a surgeon. She doesn’t count on finding her opposing counsel, Reeve Holloway, so enticing, and while that does mean complications, she’s still planning on victory.

Reeve Holloway is working for a cutthroat firm, and he’s lead counsel against the beautiful Leary Michaels.  Mostly Reeve is in it to win, but as facts come to light he’s more and more uneasy.  Plus, winning could mean losing Leary, the women who is much more to him than just an amazingly hot bed partner.  When the case takes a turn and Reeve must decide what to do, listen to his heart or go by the letter of the law.

I loved the relationship between Leary and Reeve. It started out with smoking hot chemistry, but developed into a deeper relationship between two peers who truly got each other.  I was pleased there wasn’t any immature, over-the-top drama, just real life type of characters dealing with life as it comes.  Of course this wouldn’t be a Sawyer Bennett story without some seriously hot spicy encounters, and she did not disappoint here! But Ms. Bennett didn’t just write sex, sex, sex.  She wrote Leary and Reeve’s relationship with emotion and heart, and I couldn’t imagine this couple not being in for the long haul!

Besides the romance, I enjoyed the legal aspects of Friction: the depositions, and courtroom drama and how Jenna’s case played out.  I’ve always been a fan of TV legal dramas, so I was eager to find out the outcome.  The scenario felt real, but that’s not surprising considering Ms. Bennett is an attorney.  Friction will please any reader looking for sizzling romance with depth.