Waves of Fiction is excited to participate in the blog tour for Breach by K.I. Lynn, hosted by CBL Reviews! 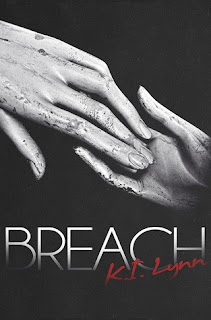 About the book
Delilah Palmer has control of her life and outward personality, blocking the truth just below the surface. A façade meant to be normal and hide the scars of her childhood. She’s made a good life for herself, became a lawyer, and is free from the tortured past that haunts her daily. Until he comes along and breaks open the cracks.

Nathan Thorne has a past of his own. On the surface he is loved by all, personable, extroverted; everything Delilah isn’t. Hidden beneath is a dark and tormented man that only Delilah has to power to unveil.

Crammed in a small office together they see through each other’s masks, and the draw becomes too much, igniting an explosive relationship. Holloway and Holloway Law has a strict non-fraternization policy, forcing them to conceal their breach. Despite their efforts, separation becomes impossible, deceptions escalate, and Nathan has trouble coping; teetering on the edge of being overtaken by his past demons.

What secrets does he harbor that could keep him from giving in? What keeps him from healing and moving forward? And Delilah, where does she fit into all this turmoil?

Can they accept love and deal with all the trials that come their way when secrets are exposed? Or will they fall through the cracks of their pasts and be consumed by all that haunts them?

I really enjoyed this book, despite the fact it ended on a cliffhanger that left me anxious to get my hands on the next book! It's a good enough ending to have kept me feeling okay with how things were going...but I still NEED MORE! I need answers! It has the potential to be a fabulous trilogy, and I hope I enjoy the next book even more.
Delilah (Lila) is an attorney who prides herself on working hard. She's made something of herself after suffering a horrible childhood, having worked hard to put the past behind her. Her walls are carefully in place until Nathan walks into her office.
Nathan is her new office-mate and he's smoking hot. A big hit with all the bimbos in the office who are constantly vying for his attention - he appears like a normal playboy on the outside, when inside he's suffering from his own horrible past. He works hard to keep a facade for others, but as he and Lila spend day after day together in a confined space, she starts to see there's more to Nathan than meets the eye.
Neither of them want to risk their jobs - but they get to a point where they can't deny their insane attraction for each other. They share a bond no one else can understand - both having such broken pasts - and it is INTENSE. In fear of hurting Lila, Nathan continues to keep his past a secret, while Lila patiently waits for him to open up to her.
"You should stay away from me, Lila. I'm no good for you. Run while you can. Run away from me and don't look back. I'm not worth your life."
My heart broke for Nathan who was clearly suffering from so many demons.
They quickly find they NEED each other and being together helps with the pain they both suffer. They become addicted to each other and use sex as if it were medication - it's hot and there's A LOT of it.
"I don't want to want you, but I do. I fucking crave you, but I can't...I can't give in. Please, Lila, push me away."

"He intrigued me, it wasn't only sex anymore. Every time his guard dropped around me, I saw the real Nathan, and I liked him. I wanted him. Every day I needed him more. Any thought of leaving him and returning to the way we were, was painful."
At some points I felt like the sex was a bit much - but there was enough story for me to keep reading and wanting more. I needed to know what made these two so broken and the way there were today. Those tender moments they shared made the story all the more worthwhile, because you saw them starting to fall for each other, despite how hard they fought it.
"We were one in that moment, together again, bound to each other in a way neither of us understood, but were beginning to accept." I'm still desperate to know what happened to Nathan that kept him pushing Lila away. By the end of the book, drama unfolds that I won't spoil - but it was an intense and gut-wrenching last 1/4 of the book that makes me anxious to read the next one. I desperately want these two to have their HEA! 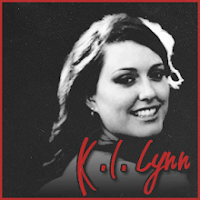 About the author:
K.I. Lynn spent her life in the arts, everything from music to painting and ceramics, then to writing. Characters have always run around in her head, acting out their stories, but it wasn’t until later in life she would put them to pen. It would turn out to be the one thing she was really passionate about.

Since she began posting stories online, she’s garnered acclaim for her diverse stories and hard hitting writing style. Two stories and characters are never the same, her brain moving through different ideas faster than she can write them down as it also plots its quest for world domination…or cheese. Whichever is easier to obtain… Usually it’s cheese.
Find the Author
Website | Goodreads | Twitter
﻿