Today on Waves of Fiction we are participating in the blog tour for Time Changes Everything by Melinda Dozier hosted by Entranced Publishing.  We have a very special excerpt to share with you!


About the book
Amanda Larson is dedicated to her job and doesn't want to make time for anything else. Until she runs into Jake Edwards. He used to be the cute boy next door; now he's a sexy, big shot lawyer.

Jake Edwards isn't interested in commitment. He's successful, sexy, and single--and that's how he likes it. When he reconnects with Amanda, Jake realizes he might have to rethink his philosophy on the carefree, bachelor lifestyle.

But, is it too late for them? Or can he convince her that he's ready to give her his heart?


My thoughts:
*sigh* I love books like this.  Short, sweet, and just what every romantic wishes for.

Amanda is all about work work work, but when Jake, her childhood crush, shows up what she thought she wanted quickly changes.  Amanda has been in love with Jake since they were kids and has never forgotten their kiss underneath the trees after their homecoming dance.  Problem is Jake took off and ran after their kiss and now that he is back begging to get into her bed she isn't so sure she can be a one night stand and go through the pain again.  Jake wants Amanda, plain and simple only he wants her for way longer than his normal relationships if you can call them that last.  He only has to prove to her that he is worth taking a chance on.

These two were so much fun!  I love the whole childhood friend turned lovers storyline and Time Changes Everything is definitely one of the funnest I have read.  Their banter was hilarious and they were so sweet together.  My favorite part was when they went back home to their meddling families for Christmas. Their moms were so funny and I smiled from ear to ear the entire time.  My only complaint is that I wish Amanda would have been the one at the end to make it all right. Jake deserved for her to come crawling back and I really wanted her to prove her love to him.  The ending was sweet and I liked it, but Amanda needed to show Jake she was ready to take the leap.  But I can't really complain Jake was sweet from the get go and I really couldn't have expected anything less from him.

Other than that I really enjoyed this and I will definitely keep my eye open for more from this author!

Excerpt!
In high school, Amanda was someone special. Hell, even before then. Their parents were best friends, which had forced Jake and Amanda together. At first, he’d thought it was a hindrance. Later, when she developed longer legs and a bigger bust, he found himself around her more. After discovering her quirkiness,
her love of art and her sense of humor, he actually enjoyed being around her. But he never touched her.

He contemplated running his fingers through her hair like he did his first year of college –– the last time they were alone –– the night he left town and never saw her again.

Did she remember the night he left? Of course she did. Seven years ago, he’d ruined their friendship. He knew Amanda almost as well as he knew himself. Well, he’d known her. Now she was a different woman.

Jake leaned in closer, running his hand down her arm. “Know what I’m thinking?”

Amanda fiddled with her coaster and smiled at him. “I’m not sure I want to know.”

“I’m thinking we should spend a lot more time together.” He reached over and held her chin. “It’s been way too long.”

Amanda licked her lips, and damn it, it actually turned him on. Sweet little Mandy Larson wasn’t so sweet anymore. She was driving him crazy.

She moved closer bridging distance. “Why wait? There’s no time like the present.”

“Exactly.” He drank the last of his beer as the waiter returned with her martini sans olive.

Jake leaned on the table with his elbows, folded his hands together and studied her. “Look at you, drinking a martini, living the life in New York City.” He examined her from head to toe. “A sexy skirt. Tall boots.” He ran a finger down her cheek. “A beautiful face.”

Amanda hiccupped and put down her glass. “Now, wait a minute. I know it’s been a while, but some things never change, including you.” She wagged her finger at him. “No smooth talking with me. Don’t forget I used to know you better than anybody.”

Because his fingers actually ached with the need to touch her again, he reached over and held her hand. “Yeah, but things have changed, Mandy. We’re two different people now, and I can’t wait to get to know who you are now.” 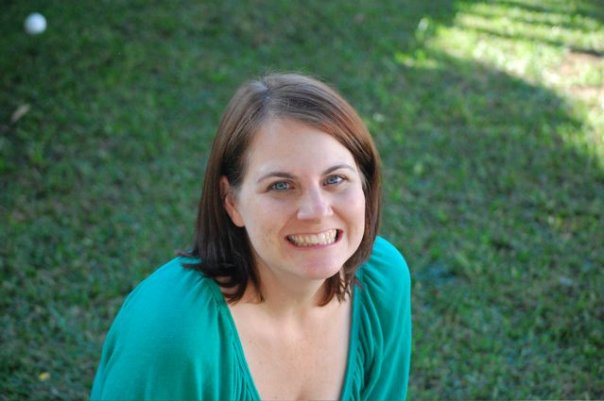 Reading romance has always been at the top of Melinda’s favorite past times. After hectic
days of teaching English to middle school students, Melinda finds time to write and read
in the evenings. She lives in Guatemala, Central America with her husband, three boys
and German Sheppard. She enjoys being the queen of her household and dreams of being
pampered fully by her boys once they are grown. Melinda loves reality TV, traveling,
blogging and playing Words With Friends.
Website / Blog / Twitter

Blog Tour Giveaway!
Melinda will be giving away a $25 Amazon gift certificate and an ecopy of Time Changes
Everything. Winner will be announced on Melinda’s blog May 26. Good luck!
a Rafflecopter giveaway

The Boy Next Door, a free novella by Melinda Dozier is available now at Smashwords:
http://www.smashwords.com/books/view/310848